In February, ten French films, the majority of which were comedies, crossed the 100,000 spectators mark in international theaters. The latest episode of the Asterix franchise was released on Quebec screens, while Bis conquered Belgian audiences. Ranking high among last year's successes, Serial (Bad) Weddings released in Italy to spectators' great pleasure, while Beauty and the Beast marked a new record in Latin America. Meanwhile, Taken 3 strolled crossed the 30 million admissions threshold abroad...

Review of a selection of standout French titles in February 2015 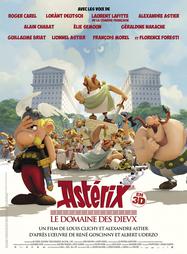 Asterix - The Mansion of the Gods Asterix - The Mansion of the Gods pursued its international career and launched its run in one of the franchise's traditionally favored territories, Quebec. Released by Métropole in 79 theaters, being the 4th largest release recorded in this territory by Unifrance, the film generated CAD286,000 in revenues in its opening week (around 32,000 admissions), reaching 3rd place at the local box office. This score is in line with the opening week results of other animation films, such asPaddington, or the second episode of SpongeBob. A jump in admissions is expected in the second week thanks to the school vacation period, and one can hope that the film will outdistance the results recorded in 2006 by Asterix and the Vikings (Alliance Vivafilm – 104,000 admissions), the other animated production of the franchise. We note that the French film seen by the highest number of spectators in Quebec since 1994 is Asterix and Obelix, Mission Cleopatra (Christal Films – 637,000 admissions), which also holds the record for the region's highest number of prints (94 screens). At the end of February 2015, Asterix - The Mansion of the Gods had accumulated 1.7 million admissions in 20 international markets.

After crossing the 5 million spectators threshold abroad thanks to its remarkable performance in Mexico (Zima – 763,000 admissions after 5 weeks), Beauty and the Beast created a surprise in  Peru. Released by Delta Films in 43 theaters (alongside American blockbusters released in sixty theaters), the film attracted 107,000 spectators in two weeks and became the most-seen French-language film in Peruvian theaters in nearly five years, ahead of The Intouchables and its 98,000 admissions (also released by Delta Films). This is great news, because this territory is widely under the sway of North American productions. Further good news: with more than 650,000 admissions registered in four weeks, Taken 3 has become the French production seen by the highest number of spectators in Peru since Unifrance started recording French cinema results in this territory. 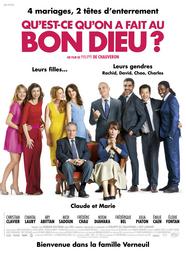 Serial (Bad) Weddings Serial (Bad) Weddings successfully launched its Italian career by attracting 214,000 spectators from 321 prints, rising to 2nd place at the local box office – terrific news for 01 Distribution, a firm that has traditionally shied away from French comedies in this territory. In its second week, Philippe de Chauveron's film continued to hold 2nd place in the local rankings, holding up well against Fifty Shades of Grey (released on a record 988 screens), and also against  Taken 3 (Fox), showing in 275 theaters. The film had accumulated almost 520,000 admissions at the end of February, close on the heels of Welcome to the Land of Ch'tis (Medusa – 526,000 admissions in 2008). This fine start in Italy enabled Serial (Bad) Weddings to cross the 8 million international admissions threshold, thereby moving into second place as the French comedy (besides the Asterix franchise) seen by the most people abroad in the past twenty years, after The Intouchables (31.9 million admissions outside France).

Timbuktu got off to a fine start in the USA. Released on a Wednesday by Cohen Media Group, the majority French production tallied USD76,000 after ten days in theaters, being 9,500 spectators or thereabouts in a mere 4 theaters. At the end of February, the film was shown in 53 theaters and had racked up USD545,000 dollars in revenues (67,000 admissions). This is an encouraging result for a film nominated for the Best Foreign Language Oscar. Timbuktu had accrued 340,000 admissions in 14 foreign territories at the end of February. Alongside this, we note the fine North American career of the minority French production Two Days, One Night (IFC Films), which launched in two theaters at the end of December, and went on to play in 120 theaters in this territory by the end of February. The film had clocked up $1.3 million, being 158,000 admissions, at the end of the month. 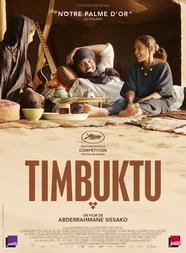 Timbuktu Samba rose to 7th place at the Quebec box office after its opening week. Released in 30 theaters by Les Films Séville, the film raked in nearly CAD300,000 in box office revenues in three weeks, corresponding to around 33,000 spectators. With nearly 1 million admissions recorded in 16 territories at the end of February, Samba is eagerly awaited in several major European markets, including Italy (01 Distribution) in April, and the United Kingdom (Koch Media) in May.

Bis appealed to Belgium (Belga Films) filmgoers. With 34,000 spectators from 30 prints in its opening week, the film scored 6th place in the weekly rankings and 3rd best admissions average per print. Unsurprisingly, in Belgium, French cinema results have been buoyed by comedies since the beginning of the year. With only a 16% reduction of admissions in its third week, Daddy or Mommy (Alternative) continued to hold its own and had registered 77,000 admissions at the end of February. But The Bélier Family (Belga Films) is truly the film to watch, with 250,000 admissions after ten weeks in Belgian theaters. With Taken 3 (Belga Films – 270,000 admissions in four weeks) leading 2015 French releases at the end of February, followed by 3 successful comedies, the year has got off to a fine start in Belgium.

Other outstanding releases this month include Mune in Italy (Notorious Pictures), Paris Follies in Germany (Wild Bunch Germany), Gett, The Trial of Viviane Amsalem in the USA (Music Box Films), Yellowbird in South Korea, and The Bélier Family in Mexico (Corazón Films). 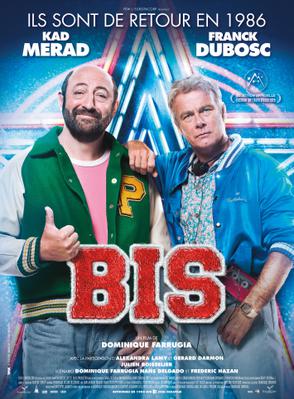 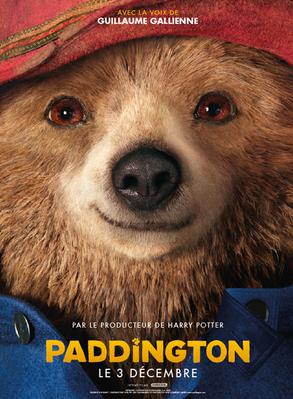 Recent filmography : Just a Breath Away, One Day my Prince, Mr. Nobody, ...