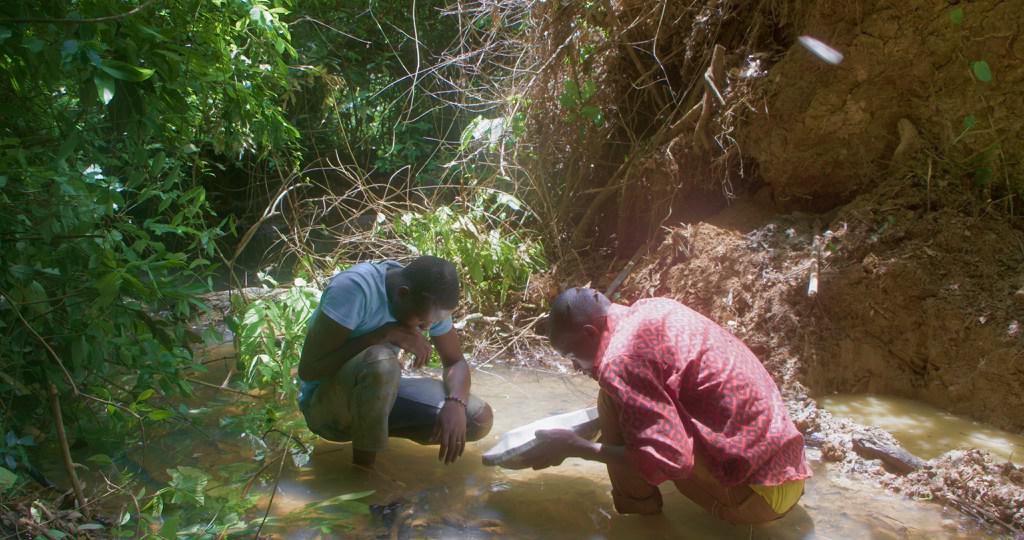 The ambassador used to come here often, say the young men rooting around with sticks in the undergrowth where the German cemetery used to be. But the treasures hurriedly hidden there by the colonial rulers before they fled are long since gone. And that’s how the road to Yaoundé eventually became overgrown, the area and its inhabitants were left to fend for themselves.
This story functions like a historical sketch, which forms the basis for Marie Voignier to use the tools of cinema to get a grasp on southwest Cameroon. The camera gently follows the inhabitants around in their daily lives, and gives them the time and space to reflect upon their situations – without smoothing over the contradictions in which they sometimes lose themselves: in Tinselwood, a brutal colonial past forms the underpinning for a present in stasis. In the evenings, the television set flickers above them, broadcasting current news. The film is also a riposte to the small bright light emanating from the screen: with her consciously marked position as an outside observer, the director understands that larger-scale images are necessary to portray the complexity of all the nuances that lie between black and white. 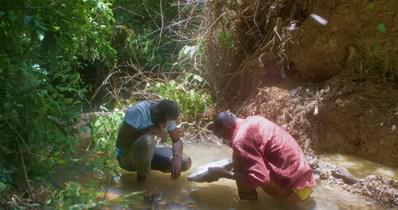 Django, a French film, will open the Berlinale 2017