UniFrance and the Orange XR Grants are sponsoring the opening of the Venice VR competition (August 29–September 7), at which French immersive works will have a strong presence. To coincide with this event, UniFrance will present key figures on the export of French VR productions in international markets in 2018.

In 2018, motivated by the increasing prominence of virtual reality works at international film festivals and the arrival of movie industry players (mk2 films, Orange, Wide, Ymagis) in this field of new image creation, Unifrance decided to conduct a first study aimed at defining and analyzing the export market for French immersive productions.

Whereas in 2017 the market was still in its infancy, it is clear that in the space of one year it has confirmed its dynamism: the number of titles produced, the number of sales and of buyers has doubled, and sales revenues have increased more than fourfold (up 415.7%).

While fiction dominated sales in 2017, documentaries took the lion's share in 2018, generating 60% of earnings. Animation now takes third position (7.8% of sales), behind fiction works (23.3%).
The title that earned the highest revenues in 2018 was The Enemy—along with Alice, the Virtual Reality Play, these two productions accounted for close to half of all film sales. On the other end of the spectrum, online sales, I Saw the Future generated the largest number of sales, followed closely by Dolphin Man VR and PLANET ∞. Sales figures were largely governed by the type of distribution format.

This new study identifies 88 separate buyers, the largest category of buyers being international film festivals (44), followed by distributors (15). The sector is starting to gain structure, although professionals observe that the "evangelization" stage is far from over. This is reflected in the important contribution made by French public institutions and embassies to the figures. Accounting for 21.8% of the market, the French cultural network was the leading player, followed closely by film festivals (19.8%) and distributors (19.4%). The educational motivation of French cultural institutions is at the core of the new acquisition policies of the Institut Français, and this explains the fourth position occupied by museums as buyers of French VR works (17.8%).
VOD platforms increased their role in VR acquisitions, now ranking as the fifth biggest source of sales. And finally, even though the relative importance of television networks in this market has declined, they remain a key source of sales revenues. For example, the ARTE France network was involved in the financing of 15 of the 29 films included in the study, thus confirming the cultural network's vital role in the VR sector.

A breakdown according to the type of rights sold identifies three main areas: theatrical distribution (60.9%), VOD (21.5%), and rentals (12.5%). The average rental fee is calculated at €227, with theatrical rights calculated at €4,121 per film.

Western Europe was the most lucrative region for French VR productions, accounting for 40.1% of turnover, with 25.5% of all sales transactions made by buyers based in this region. The highest sales figures were achieved in Switzerland, Luxembourg, and Spain. Results in Asia (25.3% of total revenues), the second most important region in 2018, were dominated by South Korea, via the distributor AVA Entertainment, with South Korea now the leading export market in this region. North America rose in importance, with sales and acquisitions doubling (20.8%), standing as the third biggest export region. This growth is notably due to investment in the sector made by the Centre Phi Center in Montreal, which was the leading foreign buyer of French VR in 2018. In the fourth biggest market region, Central and Eastern Europe, revenues fell by a factor of nine, despite numerous sales transactions.

Complete data from the study can be found in the attached document, "Export of French VR in 2018" in French and English. 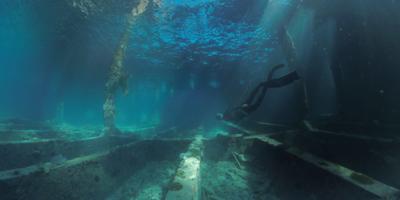 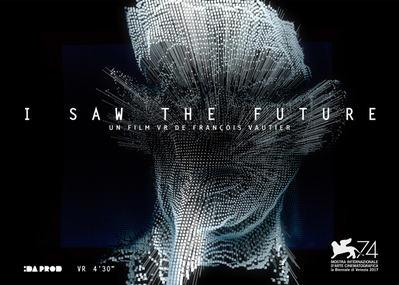 I Saw the Future 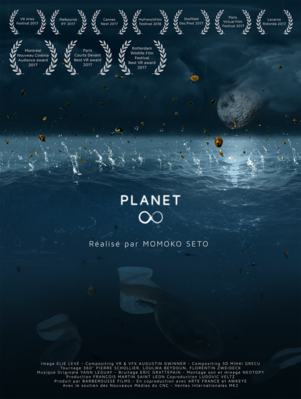 Recent filmography : On the Way to School

Recent filmography : Corsage, All the People I’ll Never Be, , ...