French films at the Russian box office in 2012

With 6.94 million spectators registered, 64 new titles released, and a market share of 4.4%, the Russian market has become the 5th biggest market for French films in Europe.

While a government decree had imposed a single ticketing system in all Russian movie theaters in 2011, its erratic application has prevented the country's Culture Minister from accessing reliable statistics, which show great variation between the different private sources. However, whatever the true figure may be, it is clear that movie attendance in Russia continues to rise, although at a lesser rate than over the past two years, with an additional 50 million tickets sold this year than in 2008.

This brings the average number of tickets sold per person in 2012 to 1.22. The price of movie tickets, just under €5.6, was the highest of the 13 Eastern European countries monitored for this report. Box office revenues reached almost €1 billion, making Russia the 9th biggest global market (and 8th biggest in terms of movie admissions, ahead of Japan).

With 3,142 screens operating in 1,060 sites, including 2,100 equipped with digital technology (representing 66.8% of the country's screens and 8.4% of all screens in Europe), the exhibition sector continues to grow, even if many regions remain without any movie theater facilities. With an average of one screen per 58,500 people, Russia ranks as Europe's 3rd least developed country in terms of movie facilities (behind Romania and Serbia), with some experts considering that it would require an additional 5,000 screens to achieve an effective cinema network.

The digitization of theaters is well underway, with 92.5% of new films released in digital format in 2012, and 68% of all "prints" distributed as DCPs (Digital Cinema Packages). Five theater networks (Cinema Park, Formula Kino, Karo Film (Warner), Kinomaks, and Luxor Entertainment) each control more than 100 screens, and together account for 939 screens. With 479 new titles released this year, Russia offered the greatest diversity of film nationalities of all of Central and Eastern Europe, even if U.S. films take the lion's share of the market (the year's Top 10 titles were all American, except for Skyfall). Russia can take pride in securing a market share of close to 70% this year (with only 37% of new titles Russian). Indeed, while three Russian titles had succeeded in breaking into the Top 10 in 2009, two and 2010, and one in 2011, not one title achieved this feat in 2012, with national productions capturing just 15.5% of the market (up one percentage point over 2011), thus reigniting the Duma's desire to impose a quota system.

The list of the ten most active distributors changed very little in 2012, with no single operator taking more than 25% of overall admissions figures. This division of the market benefited the smaller distributors, such as VolgaFilm, who joined in with the ten leading operators this year. The 12-24 age group accounted for 55% of all ticket sales and represented the largest consumer group (by comparison, the 15-24 age group represents only 26% of ticket sales in France).

After a lackluster year for French films in 2011, saved only by the performance of Colombiana and The Three Musketeers 2012 registered 6.94 million admissions, showing a rise of 67.5%, with French-language films progressing by an impressive 273.2%. Ironically, these fine results are not credited to the hit film The Intouchables, which enjoyed only moderate success in Russia and was outclassed by fellow majority French, French-language titles Asterix and Obelix: God Save Britannia, Houba! On the Trail of the Marsupilami, and The Artist.

The poor performance by the French mega-hit of 2012 (which prevents The Intouchables from entering the list of the Top 5 majority French films of the past five years), combined with excellent attendance figures for French films overall, reflect the wide range of preferences shown by Russian audiences this year, since 64 new French titles hit the screens (including co-productions), compared to 41 last year, with 14 distributors handling their release. No other country in Eastern Europe released such a large number of French films in 2012.

Kino Biez Granitz and Russian Report each released seven new French films, reflecting a complete reshuffle of the charts for the year's five most active distributors of French productions. 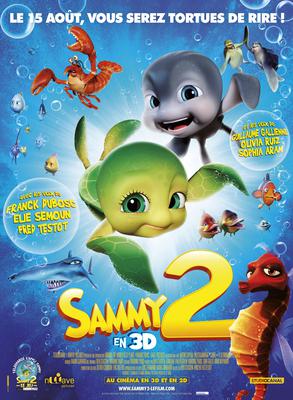 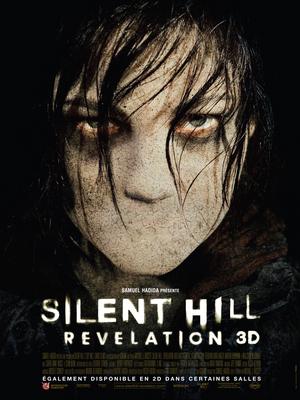 Recent filmography : Sankara Is Not Dead, Wolfwalkers, The Dreamers

Recent filmography : Blue is the Warmest Color, , Abuse of Weakness, ...

Recent filmography : Little Nicholas - Happy as Can Be, Argonuts, Chickenhare and the Hamster of Darkness, ...