2012 has got off to an excellent start for French cinema abroad.

Admissions to French films in foreign theaters in January 2012 reached 12.5 million, with French majority productions shot in the French language accounting for 67% of results. This is a fine score that can be largely credited to the combined success of Untouchable in French and German-speaking European territories and The Artist in the USA and the UK. Together, these two winning titles attracted 7.4 million spectators abroad in January.

The English-language productions Tinker Tailor Soldier Spy and Carnage also triumphed, generating 3.4 million admissions. The excellent performance of the animated film A Monster in Paris in Russia and the UK tops off this prosperous start to the year for French films in the international arena.

After distinguishing itself as one of the most successful French films of the decade in French-speaking markets, Untouchable has now hit the top of the box office in German-speaking countries. The film registered 452,000 spectators in French-speaking Switzerland after 14 weeks, ranking as the best performance by a French film in this market since the beginning of the decade. After 13 weeks on Belgian screens and an impressive 850,000 admissions, it now rivals the success of Dany Boon's films Nothing to Declare (948,000 admissions) and Welcome to the Sticks (1.2 million), the decade's top two French titles in Belgium. Results for Untouchable in Germany are nothing less than dazzling. After just five weeks, it now boasts the highest admissions to a French-language film in this country in the past thirty years, with 3.5 million spectators flocking to see this smash hit. The film's success in Germany has radiated out to other German-speaking territories. In Austria, it has sat at the top of the box office for the past four weeks, with 336,000 admissions to its credit; here, too, it is the best performance by a French-language film since the beginning of the decade. Untouchable's triumph in Germany prompted its Swiss distributor Frenetic to boost the number of prints released in German-speaking Switzerland, following eight weeks on the screens with only lackluster results (16,000 spectators). This proved a wise decision, since the film currently stands at 162,000 admissions in its tenth week, making it the decade's second best performing French-language film in this market, behind Welcome to the Sticks (361,000 admissions). This unstoppable hit currently posts a running total of 5.3 million admissions outside France.

Not to be outdone, The Artist is also making noise abroad. Hot on the heels of its winnings at Cannes, the Golden Globes, the AACTA and now the BAFTA awards, the film continues to collect accolades in this awards season, with increased global exposure eagerly anticipated at the upcoming Academy Awards ceremony. The film was launched in the United States late December, with the number of prints upped throughout the month of January to stand at 900 prints in its tenth week. It has now clocked up $18 million in ticket sales in the USA, for around 2.3 million admissions. With its highly publicized release in the UK early January, the film has already attracted close to 900,000 moviegoers. This is a veritable triumph, with The Artist now ranking as the third best-performing French majority production in the UK this decade. It has also proved a popular hit in Spain, amassing 340,000 admissions; so much so that its distributors raised the number of prints from 57 to 127 in its seventh week. In Italy, it has pulled in 235,000 spectators to date, and continued to bring in over 20,000 admissions in its ninth week. Results are also excellent in Quebec, with close to 100,000 admissions registered. The Artist has already generated 4.3 million admissions abroad, a figure that could increase significantly in the case of an Oscars victory.

Carnage by Roman Polanski pursues its international career, with a running total of 2.5 million admissions. Still showing in Germany after eleven weeks (distributed by Constantin Film), the film has registered 791,000 spectators, its highest score outside France, ahead of Italy (623,000 admissions) and Spain (465,000 admissions). Its US distributor Sony Pictures Classics held back until its fifth week to raise the number of prints to a high 494 (from a maximum of 15 in preceding weeks). This can be seen as a timing error that hampered the film's performance in American theaters. American audiences showed little interest in the film, resulting in its release being cut to 246 prints in its sixth week, only to plunge in its seventh week to 70 prints. It has grossed $2.2 million in the USA (around 286,000 admissions).

Sarah's Key has now won over Italian spectators, clocking up a total of 93,000 admissions after three weeks. This is an encouraging score for this film, which has been one of the star performers on the international circuit in recent years, registering over 2 million spectators abroad. It recently experienced a difficult run in Germany, however, where a meager 29,000 spectators came out to see the film in eight weeks.

The month of January has been less than promising for a certain number of French films that held high expectations. The Lady's release in Belgium (22,000 admissions in 6 weeks) and French-speaking Switzerland (18,000 admissions in 9 weeks) were disappointing. Despite an ambitious 117-print release in the UK, the film has struggled to find an audience, currently totaling 45,000 admissions. Black Gold by Jean-Jacques Annaud saw its attendance figures crumble in Italy after just two weeks, with its release cut from 219 prints in its opening week to three in its sixth week. It nonetheless managed to attract 138,000 spectators in this market. In Russia, it pulled in a low 38,000 spectators in two weeks, despite being released on 150 prints. And finally, the poetic world of Chicken with Plums did not fully satisfy the appetite of audiences in Germany (29,000 admissions in four weeks), Belgium (6,000 admissions in five weeks), or French-speaking Switzerland (8,000 admissions in eleven weeks). 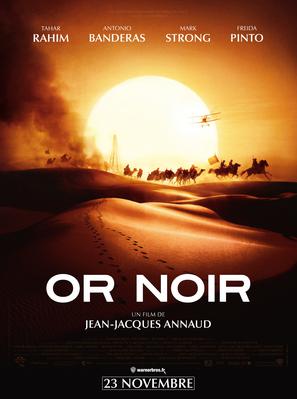 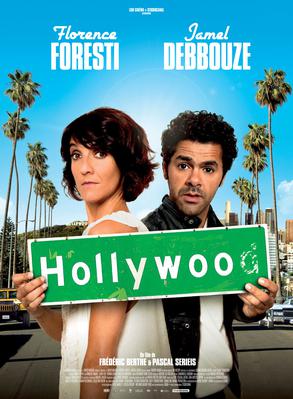