The 20th anniversary of the fantastic international career of Amelie

UniFrance celebrates Amelie, the cult film that changed the way foreign audiences and distributors viewed French cinema just twenty years ago. It was the most successful French-language film in the world for ten years. Now with TF1 Studio's backing, Jean-Pierre Jeunet's film is ready to be rereleased as theaters envisage reopening.

Amelie, produced by Claudie Ossard and UGC, and distributed by UGC Distribution (UFD), launched in April 2001 to a roaring success in France, with 8.64 million spectators, and went on to win four Césars ((Best Film, Best Director, Best Music, and Best Set Design). Internationally, it was released on 5 continents, in 50 countries, and reached nearly 23 million spectators for €133.5 million in box office revenues. Thanks to this performance, it dethroned Asterix and Obelix versus Cesar (15.8 million admissions) as the biggest worldwide success of a majority French and French-language production (since 1995). It held this position for ten years, until the arrival of the phenomenon The Intouchables (31.9 million tickets). 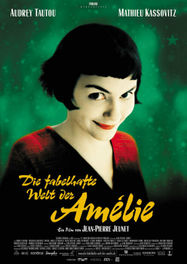 A French-German coproduction, in Germany, the film's protagonist's little quirks, Yann Tiersen's lively music, and Jeunet's fresh and original direction charmed 3.1 million moviegoers and made Die fabelhafte Welt der Amelie the 16th most viewed film of 2001. Prokino, its local distributor, was enamored with the film at the script stage, and the company's CEO Ira Von Gienanth fondly remembers the summer of 2001 spent working on the film's release plan, the offices decorated with the film's posters, and the soundtrack playing on a loop. A passion that was undoubtedly passed on to the German public, given the number of tickets sold, the highest in Europe and the second highest abroad after the United States. 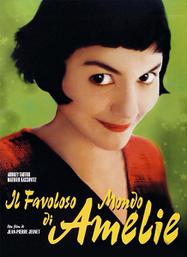 Antonio Medici, CEO of Bim Distribuzione, which distributed the film in Italy, recalls that French cinema was until then often considered by the general public as "too intellectual, slow, and arthouse." Il favoloso mondo di Amelie overcame this cliché and "revived the light-hearted French comedy, full of happiness and empathy," thus allowing new spectators to discover French productions with a fresh look. In addition, it paved the way for "mainstream" French comedies such as The Intouchables, The Bélier Family, Two is a Family, and the Serial (Bad) Weddings saga, thereby strengthening the links between foreign and French film industry professionals 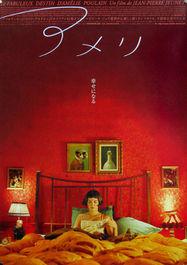 Amelie also opened new paths for French cinema exhibition, in Japan for example. French auteur cinema had always faced difficulties finding berths in the major chain's theaters. Amelie was one of the first titles of this kind to benefit from a wide print run, and to be screened simultaneously by big multiplexes and by mini-theaters (equivalent to our arthouse theaters). It was shown at Cinema Rise in Tokyo for eight months! According to the distributor New Select (formerly Albatros), it generated a new model for the release of non-mainstream productions in Japan, a model that continues to this day.

Amelie's originality also lies in the position the film claimed at the box office in markets that are traditionally difficult to access for non-English language films, such as North America and the United Kingdom. Buoyed by the Audience Award at the Toronto International Film Festival in 2001 and five Oscars nominations in 2002, the comedy that launched Audrey Tautou generated $33.2 million in the USA (Miramax), being almost 5.5 million spectators in 300 theaters, and £5 million in the United Kingdom (Alliance Films – 784,000 admissions). On the other side of the world, Amelie is still the most popular French-language production in Australia since 1995 (Dendy Films – AU$6.8 million, 763,000 admissions).

In many countries, Jean-Pierre Jeunet's fourth feature was a blessing for local distributors. In Poland, for example, whose film industry was going through a crisis around 2000. The local distributor Gutek Film had planned to release the film in about thirty theaters, a small run that would nevertheless lead the film to a final result of 753,000 spectators, which is to say an impressive 26,000 admissions per print, the highest abroad ahead of the Japanese (24,000)! In addition to the territories already mentioned, Amelie exceeded the symbolic threshold of 100,000 spectators in 24 others.

Twenty years ago, we would never have imagined celebrating this anniversary in the current context, with thousands of theaters shuttered around the world. According to Antonio Medici of Bim Distribuzione, Amelie's little pleasures touch us more today, because they are the ones we are eager to rediscover in our daily lives. This is why, with a new impetus from TF1 Studio, Bim Distribuzione and many other distributors around the world are working on a rerelease of Jean-Pierre Jeunet's film to celebrate the reopening of theaters!

Recent filmography : The Imaginary Doctor, Battle of the Classes, , ...