In December, a French comedy made its mark in Spain, while a historical drama won over audiences in Italy and Poland, and a drama was launched in Germany and the Netherlands

In December, French productions attracted a total of 2.54 million spectators in theaters abroad (taking €17 million), with majority-French productions accounting for a high 90% of the results (2.2 million tickets sold, representing €15.1 million). Admissions overall fell back by 8% compared to November 2019 and by 30% compared to December 2018 (3.61 million admissions). Nine titles registered over 100,000 admissions this month, four more than in November, while the Top 3 titles together raked in 802,000 admissions, against 928,000 admissions in November and 420,000 in October. After disappearing from our charts for several months, Serial Bad Weddings 2 returned at the number 1 spot, as it had in April and May 2019. As a result, An Officer and a Spy dropped back one place, while The Specials moved up to third position for the first time. 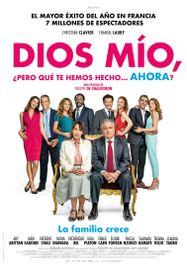 Back in 2014, 1.33 million moviegoers in Spain and 110,000 in Portugal had come out to watch the (mis)adventures of the Verneuil family. The film's second installment was therefore eagerly awaited on the Iberian Peninsula. Released in Portugal on December 5, Serial Bad Weddings 2 has clocked up 64,000 admissions (€347,000), which is 8,000 more than the first installment after one month on the screens—and it still stands as one of the ten most popular French films in this market to date. In neighboring Spain, the comedy registered 289,500 spactators (€1.9 million) from over 300 sites, and sat at third place in the local box office charts in its opening week. While this performance is not as impressive as that of its predecessor, it nonetheless ranks as the third best score by a French film in Spain in 2019. To date, 3.47 million spectators around the world have seen Serial Bad Weddings 2 (€26.7 million), with its upcoming release scheduled in Japan in March 2020. 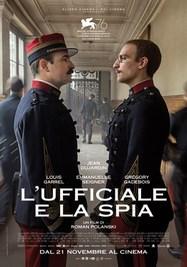 In second position, An Officer and a Spy continues its triumphant run in Italy, where it has garnered 483,500 admissions (€3.05 million) since November 21, a high score that ranks it as the most successful French-language production in Italy in 2019. The latest offering from Roman Polanski is highly appreciated by audiences in Belgium (61,000 admissions, taking €456,500), Israel (56,500 admissions, €415,500), and French-speaking Switzerland (27,000 admissions, €343,500). Since December 27, has also been lighting up screens in Poland, with 52,000 admissions registered (€233,500). Even though this film has only been released in a small number of markets, it is already credited with 687,000 admissions outside France (€4.54 million), a figure that is likely to rise in coming weeks and months as it hits theaters in Germany, Spain, Greece, Mexico, Poland, Portugal, and Russia, among other countries. 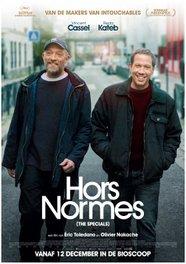 For the first time, The Specials appears among our Top 3 titles. After screening as opening film at the 1st Festival Tapis Rouge in the Netherlands, this drama posted a total of 90,000 admissions (€783,500) in December, standing out as the most successful French film in the Netherlands in 2019—a country where all of the previous films by the Nakache-Toledano directing duo have been highly popular. These results are similar to those registered in neighboring Belgium (92,000 admissions and €790,000). In addition, The Specials attracted 65,500 moviegoers in Germany (€510,000), 33,500 in Poland (€132,000), and is set to top 50,000 admissions in Switzerland (€700,000). It will continue its world tour in 2020, launched first in Russia, after which it will travel to Scandinavia, Israel, and Spain.

Other outstanding titles outside the Top 3

This report is based on results recorded on January 10, 2020. As the figures relating to film releases are continuously updated, the graphics generated automatically on our website will differ from the chart featured in this article. 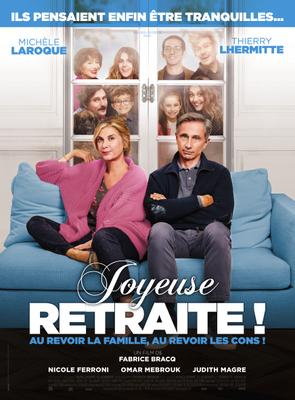