Fanny Ardant chairs the fifth edition, which will take place in Rome from April 8 through 12, 2015, and then travel to five other Italian cities.

The fifth edition of the Rendez-Vous with New French Cinema in Rome will take place from April 8 through 12, 2015. An initiative of the Ambassade de France in Italy, the event is organized by the Institut Français in Italy, in collaboration with Unifrance, and with the Académie Française in Rome - Villa Médicis.

The program, offered this year in four different venues, will explore all the cinematographic genres of contemporary French cinema, from auteur to mainstream films. As is the case each year, screenings will be preceded or followed by encounters, discussions, and masterclasses with French and Italian artists.

Fanny Ardant, the chair of this edition, will present Chic! by Jérôme Cornuau at the Opening Night Gala, then, during the festival, will share her second feature as a director, Cadences obstinées, starring Italian actress Asia Argento as its heroine.

In keeping with tradition, this journey through the stories and the different aspects of contemporary French cinema will continue, accompanied by many guests, to Naples, Palermo, Bologna, Turin, and, for the first time, to Lecce.

All information about the selection and the French artistic delegation can be found here.

Last but not least, the Rendez-Vous wil also be the occasion, on April 9 at the Palazzo Farnese, for a professional morning divided into two parts:
• A round table: "How to improve the distribution of European cinema on television and on VOD in Europe? Practices and commitments of public channels." The discussion will be moderated by Isabelle Giordano and concluded by Jean-Paul Salomé, in the presence of Dante Desarthe, co-President of ARP, Dana Hastier, CEO of France 3, and Vincent Grimond, President of Wild Bunch International.
• A debate about the evolution of copyright statutes in Europe and about avenues of thought for the new European Commission, moderated by Pascal Rogard, CEO of the SACD, in the presence of Lucas Belvaux, Emanuele Crialese, Costa Gavras, Peter Dinges, and Michel Hazanavicius.

The session will conclude with an appeal to European filmmakers for better distribution of European works in Europe and for the protection of copyright. 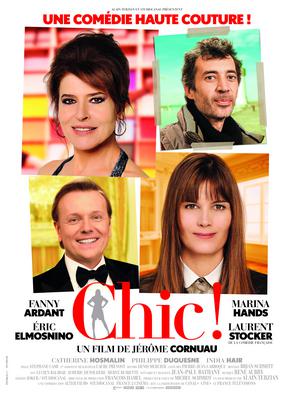 Recent filmography : In the Stillness of Sounds, Number One, , ...