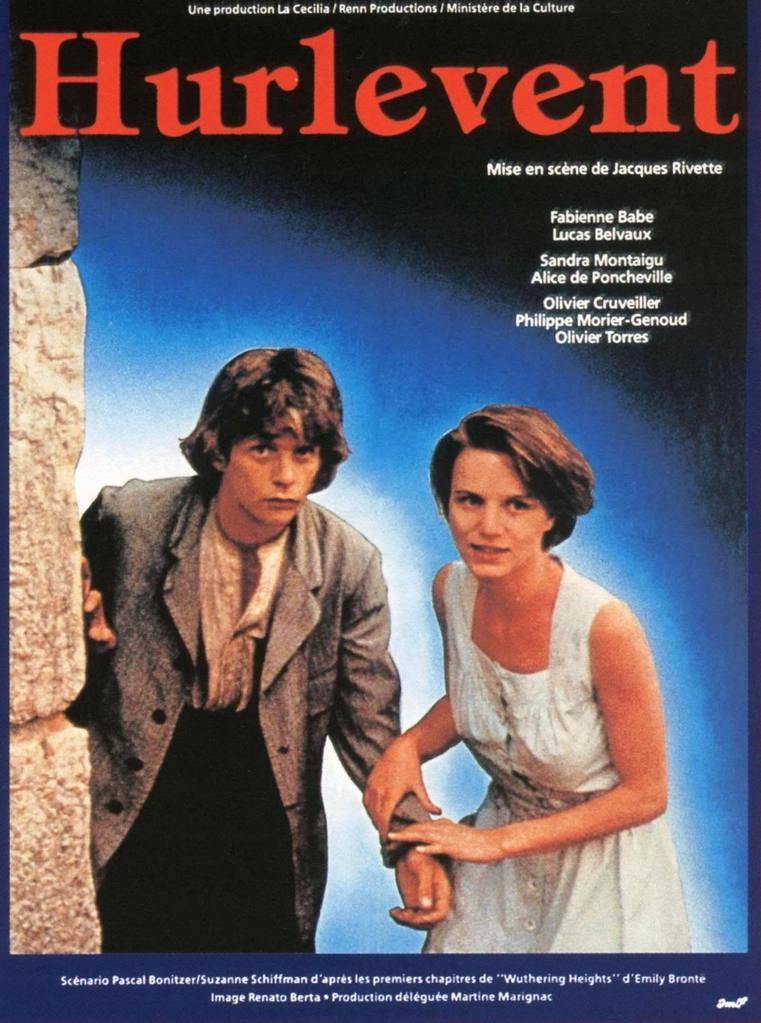 Jacques Rivette's version of Emily Bronte's novel might as well be called "Withering Heights" since only segments of the full plot are used, and the setting has been changed to France in the 1930s. The vengeful Heathcliff is now the vengeful Roch (Lucas Belvaux), and Cathy is the more Francophone Catherine (Fabienne Babe). Along with these changes, director Rivette distances both the personal turmoil that leads the spurned Heathcliff to seek revenge, and the despair that drives Cathy to an early death. This treatment tends to transform most protagonists into one-dimensional models, and even transforms the heroine into a easily obnoxious persona.

Hurlevent is Jacques Rivette's stark, emotionally naked adaptation of Emily Brontë's Wuthering Heights. The story is of course familiar, and Rivette treats it, as a result, with an air of inevitability: these things are fated to happen, they are destiny, because they have been written. The film is split neatly in two, with an ellipsis of three years in between. In the first half of the film, brother and sister Guillaume (Olivier Cruveiller) and Catherine (Fabienne Babe) are living together on a crumbling estate after their father's death, along with the "foundling" Roch (Lucas Belvaux) who their father adopted. With the old man gone, Guillaume treats Roch like a hired hand or worse, a dog, beating and berating him at every chance he gets, locking him in his room or even in the kennels. Guillaume is a jealous, nasty brute, resentful of the love Roch earned from their father, and even more resentful of the strong bond of affection and love that exists between Roch and Catherine, who are so close, so intimate, that their love for each other seems to be a weird blend of sexual desire and sibling friendship. This bond, however, cannot survive Guillaume's insistent attempts to shatter it. Hemmed in on every side, constricted by the spiteful master of the house, unable to break free, Catherine finally flings herself at their wealthy neighbor Olivier (Olivier Torres), seeing him as her only way out. Roch, deeply wounded, disappears.

At this point, the film picks up three years later, with Catherine and Olivier married, living in Olivier's home along with his sister Isabelle (Alice de Poncheville). The trio have formed a new détente similar to the quasi-incestuous bond between Catherine, Guillaume and Roch. Isabelle and Olivier are as close, as intimately connected and harmonious, as Catherine and Roch, and their feelings for each other sometimes seem to be as far from chaste sibling bonds as Guillaume's jealous desire for his sister. Into the midst of this complicated tangle of feelings, Roch finally returns from his long absence, having shed his savage ways and dirty appearance, made his fortune somewhere and cleaned himself up. He proceeds to manipulate everyone around him, exacting his revenge for the way he was abused and rejected when he was younger. Rivette lets it all play out in his characteristic slow, patient long takes, his camera crawling and stalking through each scene as the characters stalk and circle one another. There is no escape for these characters, constrained by the written word to their preordained ugly ends, and yet Rivette is continually hinting at the ways out: the beauty of the countryside with its rolling hills, the way the contact between various characters keeps shifting fluidly from sensuous embraces to violent constriction, and most importantly the escape offered by dreams and fantasies.

Indeed, dreams recur at three key points in this otherwise solidly realist film, with little indication that they even are dreams until they're over. The dreams don't so much break with the reality of the film as offer alternate visions of its final outcome, as envisioned by each of the three central characters. The film opens with Guillaume's horrified dream in which he witnesses Catherine and Roch kissing passionately in the rocky hills surrounding their estate. He makes a move to attack them, but is suddenly pulled up short by a vision of his father, a reminder of what the dead head of the household would have wanted to happen. This dream, which offers a hopeful resolution to Catherine and Roch's love story, is answered by Catherine's much more regretful dream, positioned in the center of the film right at the pivot point of the story: Roch comes to her bedroom, leads her away, then collapses dead with his arms slit up the middle, his bloody handprints left behind on her white nightgown. In the film's final dream, and its final image, Roch is summoned by his lost Catherine from the window of his room, where her arm beckons to him from outside; he reaches for her but she disappears, leaving his hand clutching at air out the window. These dreams flow from out of the fabric of the film's reality, reflecting the acts of imagination in which life is subtly altered and reconfigured into more romantic, sensuous possibilities, even if it's just the longing for a ghost that Roch experiences in the finale.


Rivette also hints at other possibilities, at least in the first half of the film, in the gorgeous images of the rural countryside surrounding Guillaume and Olivier's estates. Catherine and Roch find escape, even if only briefly, in a free-spirited run through the rolling hills, with a marbled sky of dark clouds above them, shot through with patches of sunshine. The hills, curving upwards, seem to suggest the transcendence of the two would-be lovers over their mundane melodramatic story, the possibility that they might keep running up and up, joyfully escaping together into the beautiful open fields. Rivette accompanies these scenes of potentiality with the film's only non-diegetic sound, a selection of stunning pieces by the Bulgarian women's choir compilation Le Mystère des Voix Bulgares, music of such unearthly beauty that it is nearly alien, music that seems to emanate from (and yearn for) a world far beyond the corporeal plane. It is thus perfectly appropriate music for this story of perennially unfulfilled desires, and its startling ethereal quality is enhanced by the film's generally sparse soundtrack. Other than a scene in which Catherine plays records of classical music for a party, the only other sounds in the film are utterly mundane and diegetic: the distant howl of the wind, the clatter of farm equipment, the haunting calls of animals in the night. There's an eerie simplicity to the soundtrack, an emptiness, and the intrusion of these Bulgarian melodies, with their dense frameworks of interlocking voices and dissonant overtones, is thus doubly jarring and disorienting.

Despite this potent music, however, Catherine and Roch's dreams of escape must remain only dreams, and so much of the film is concerned with their dreary hopelessness that it begins to seem rather dreary itself. The second half of the film plays out like the inset melodramatic play-within-the-film sequences of Celine and Julie Go Boating, with the stiff, dissatisfied Catherine, Olivier, Isabelle and Roch wandering around Olivier's mansion. That's fitting: they're as hopelessly condemned to their fates as the characters in the earlier film, reliving a circular tragedy over and over again. And yet, without Rivette's characteristic wit and vivacity, Hurlevent begins to seem lifeless, its characters fenced in without the escape offered by Celine and Julie's playful interventions. This film is more of a kin to Rivette's flawed Merry-Go-Round, in which the alternate realities of fantasy and dream also provide the only escape for the characters from their damaging, manipulative relationships with one another. Hurlevent strips that film down even further, replacing its freewheeling improvisation and humor with a rigid, methodical structure to which the characters are pinned. This is, despite moments of beauty and grace, one of Rivette's bleakest films, an interesting, often enthralling, but ultimately dour formalist experiment. 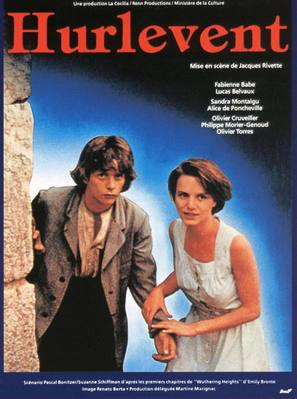 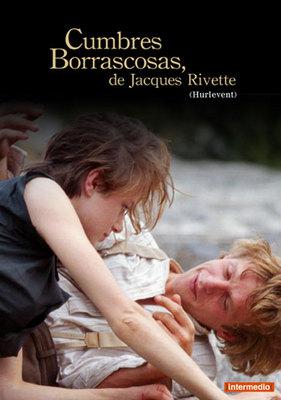