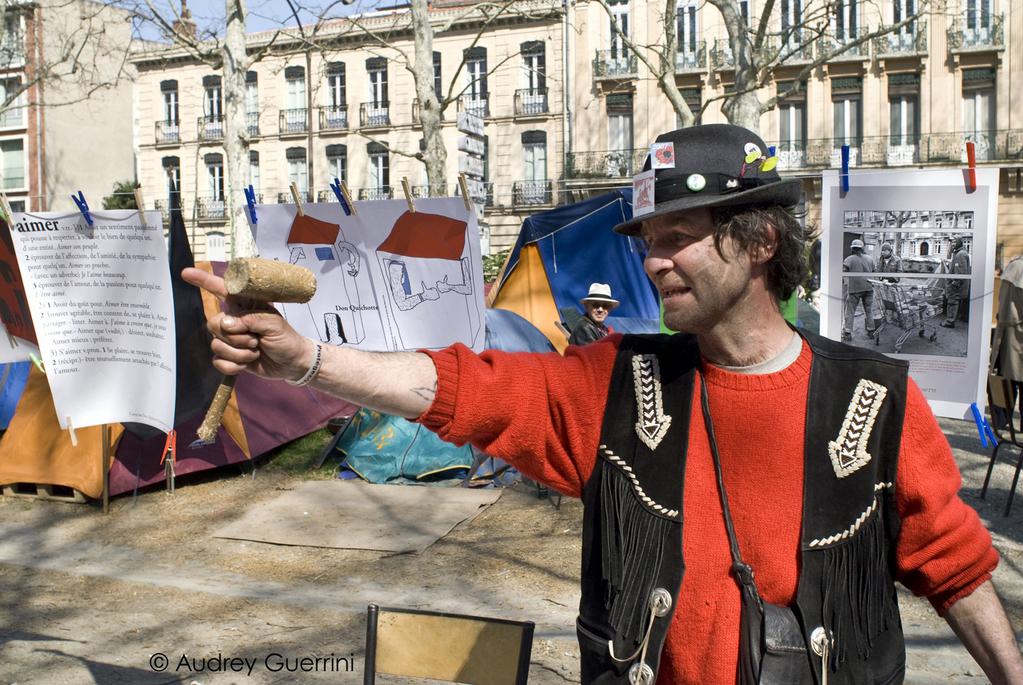 "First of all, this film came about because of a forceful, fortuitous encounter in a Toulouse street with a man "with shoes of wind", a cheeky, luminous vagabond: Phil le Fakir, a homeless clown, who'd started a hunger strike in retaliation against police harassment and in support of the work carried out by the Toulouse branch of the Enfants de Don Quichotte, an activist group that fights for housing for the homeless. It was his birthday, he was joyful and was crying out that he was born the same day that Edith Piaf died. I decided then and there that this film would be the portrait of obscure, flamboyant characters, majestic wanderers, generous 'losers,' the 'degraded' classes of the human race that are second to none, figures in the shadows put into the spotlight... This film tells their life stories of ups and downs, their struggle to have a roof over their heads..." 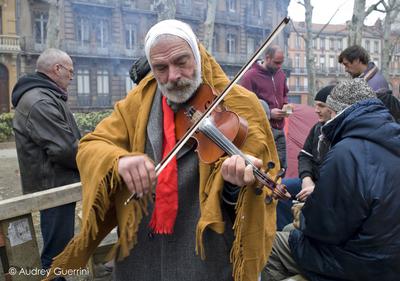 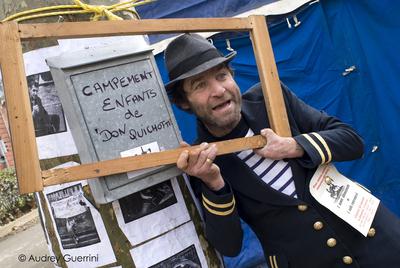 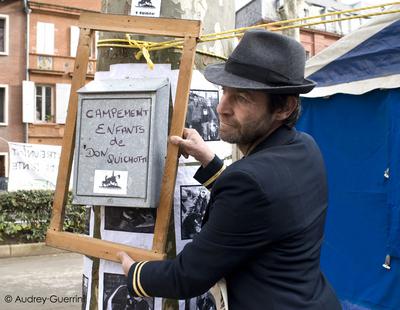 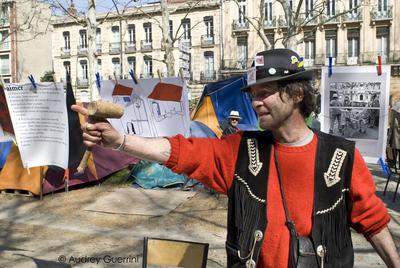 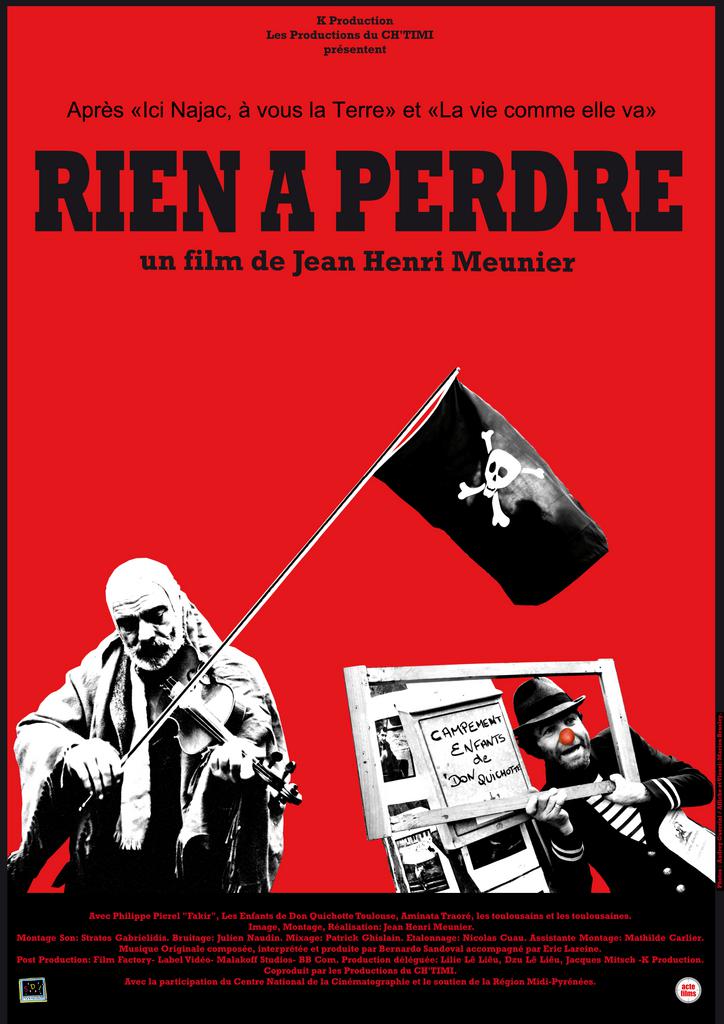