United States: a triumphant first 6 months of the year

After one of the best years of the decade in 2003 ($70 million in receipts), French films have charged full steam ahead in the United States in 2004, generating around $30 million in 6 months, with 24 new films on the screens (and 8 spillover releases from last year).

This influx of French films is due to a very large number of distributors involved, of all shapes and sizes. The independents are still out in force, such as WELLSPRING (5 films distributed in the first half of this year), MAGNOLIA PICTURES (3 films), PALM PICTURES (3 films) and FIRST RUN FEATURES (3 films). However, the past three years have seen the affiliates of the majors coming back with a vengeance, particularly SONY CLASSICS (3 films), as well as FOX SEARCHLIGHT, MIRAMAX, PARAMOUNT CLASSICS and UNIVERSAL, among others.

Jean-Jacques Annaud and Jean-Paul Rappeneau, two of French cinema's most international directors, have seen their new films, "Two Brothers" and "Bon Voyage," hit US screens in the first six months of this year. In both cases, results show that this duo still have what it takes the draw the crowds in the USA.

Released by Universal on June 25, on 2,175 prints, "Two Brothers" boasted box office takings of $18 million at July 25 (representing around 3 million spectators). The new opus by Jean-Paul Rappeneau was released on March 12 by Sony Classics, and has generated $2.3 million, on a more modest release of 94 prints (figures calculated to June 30).

20 titles are slated for release in the United States in the second half of the year, including several films by renowned auteur directors who continue to benefit from the support of the local art house network. With Patrice Leconte, Cédric Kahn, Catherine Breillat, Anne Fontaine, Manoel de Oliveira, Claude Miller and Michel Deville featuring among them, 2004 looks set to end with a flourish. A good part of the results for this period will no doubt be credited to the new film by Jean-Pierre Jeunet, "A Very Long Engagement," which is due for release by Warner Bros. one month after its launch in France.
To be continued…

Click here to see all current and upcoming French releases in the United States. 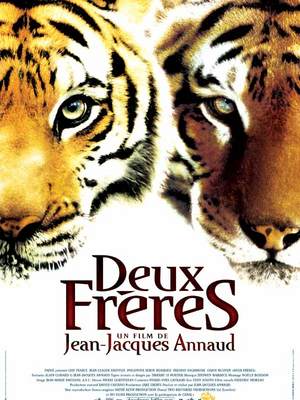 Recent filmography : The Mustang, Pope Francis - a Man of his Word, Personal Shopper, ...