"The Travelling Birds" (aka "Winged Migration") has broken the $10 million barrier at the US box office, with "Swimming Pool" following hot on its heels ($9.9 million) and 15 other French productions currently showing in US theaters!

It has been a high-powered start to the fall season for French films in the United States. Just as two new titles hit the screens ("Demonlover" and "To Be and To Have"), the star players of the summer are still holding strong in theaters and boast exceptional results.

Setting the pace for French films is "The Travelling Birds" (released as "Winged Migration") by Jacques Perrin, Michel Debats and Jacques Cluzeaud. Currently in its 23rd week in the United States, the film released by Sony Pictures Classics has now crossed the $10 million mark at the box office. Following in the trail blazed by these high-flying birds is the new film by François Ozon, "Swimming Pool," starring the latest Gallic idol Ludivine Sagnier, who plays opposite Charlotte Rampling. Now in its twelfth week, the film (released by Focus Features) is also flirting with the $10 million tally.

15 other French productions or co-productions are also lighting up the screens in specialized theaters in this third weekend of September, five of which have already crossed the $500,000 mark: "And Now... Ladies & Gentlemen" by Claude Lelouch ($670,000), "Respiro: Grazia's Island" by Emanuele Crialese ($1 million), "The Man on the Train" by Patrice Leconte ($2.5 million), "Euro Pudding" by Cédric Klapisch ($3.9 million) and "Russian Ark" by Aleksandr Sokurov ($3 million). 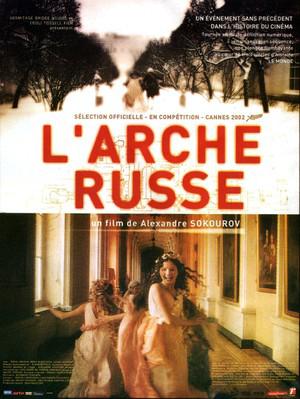 Recent filmography : The Mustang, Everybody Knows, Pope Francis - a Man of his Word, ...