Henceforth, each month there will be a roundup of articles about French cinema that have appeared in the international press. This month, a look at the selection of Les Misérables for the Oscars in the American press, how The Truth was received in Japan, about Félix Maritaud in Colombia, and the selection at FIFF Namur seen from Tunisia and Luxembourg.

In September, France announced the film that will represent the country at the Oscars in the Best International Film category. Indiewire closely followed the discussions of the new Oscar selection committee, who chose Les Misérables, concluding: "the decision by the committee is a historical one for the country, as it marks the first time that France has chosen a film from a black filmmaker to represent the country at the Academy Awards." 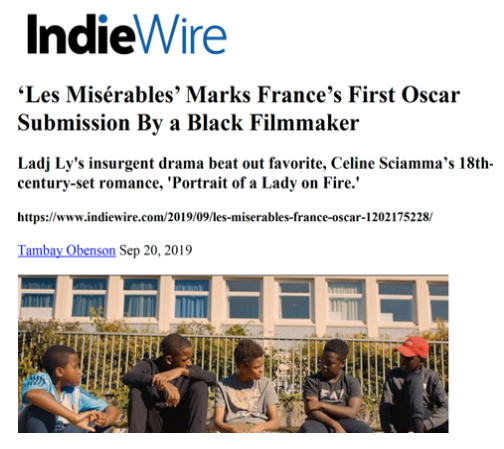 Félix Maritaud, special guest at the French Film Festival in Colombia with Sauvage

The cultural monthly Rolling Stone points out that "the most impressive moments of Sauvage are those overflowing with tenderness" and that "Léo reminds us of Victor, the wild boy of Truffaut's film." 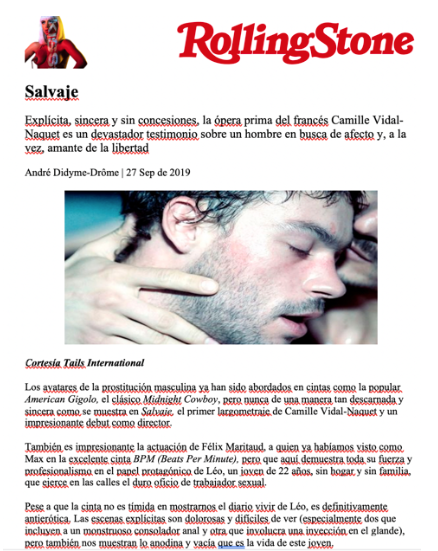 Catherine Deneuve explains her experience as an actress working with Hirokazu Kore-eda. For Juliette Binoche, the director "touches on human essence." The film released in Japan on October 11. 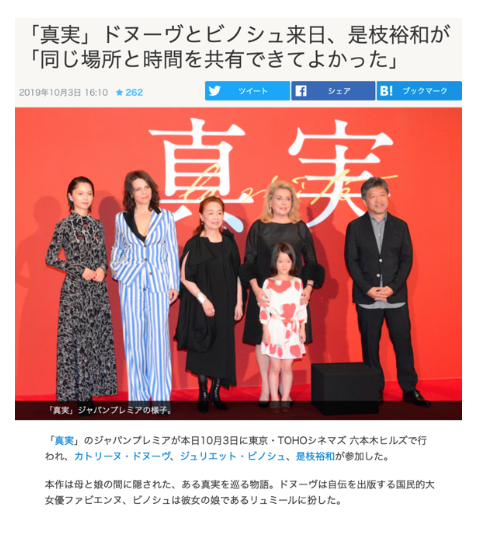 The Bayard d'or for Oh Mercy! by Arnaud Desplechin, at the 34th FIFF

The Luxembourg daily "Lëtzebuerger Journal" reports on the awards ceremony, during which  Arnaud Desplechin's film received the top award. 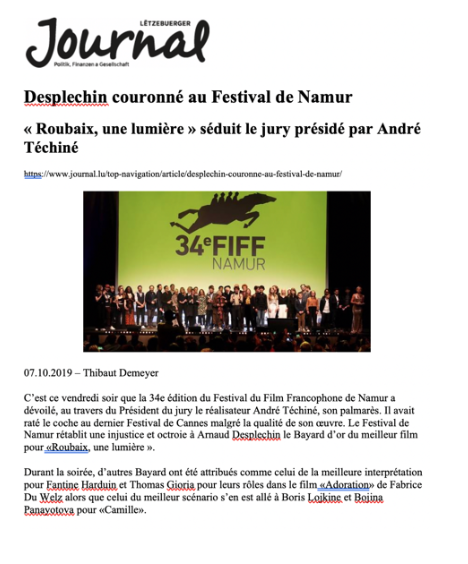 The "Presse de Tunisie", a French language Tunisian daily, highlights the qualities of the FIFF, along with selection's cultural and creative diversity. 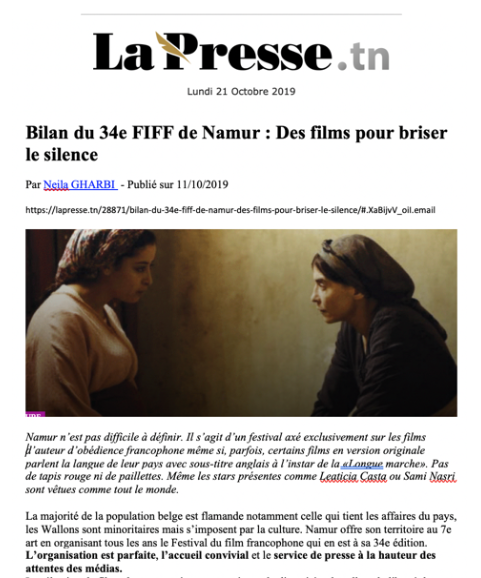 Varda by Agnès at the 57th New York Film Festival 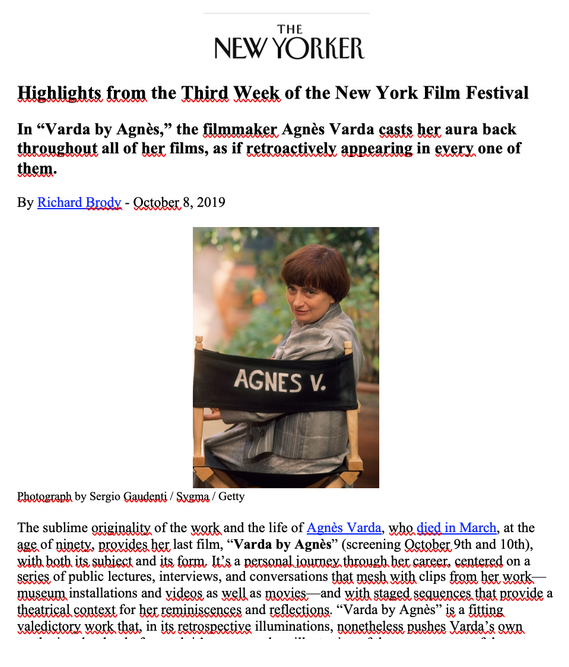 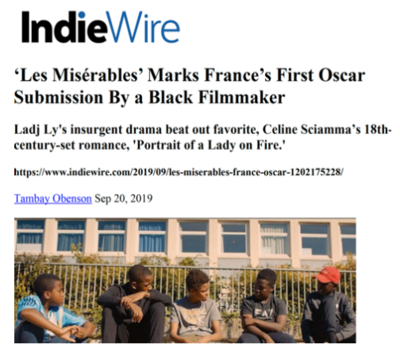 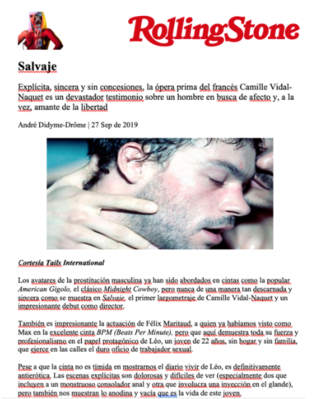 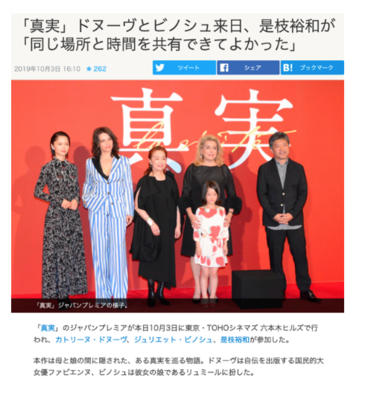 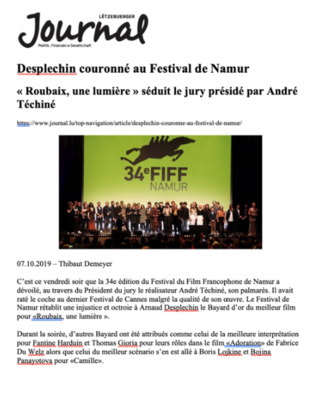 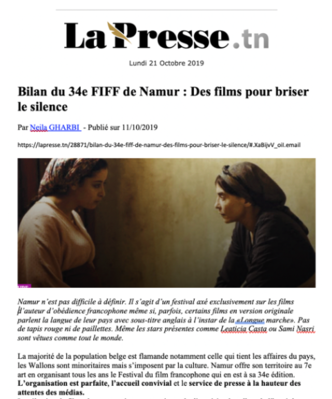 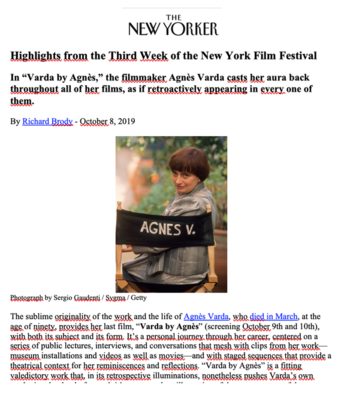 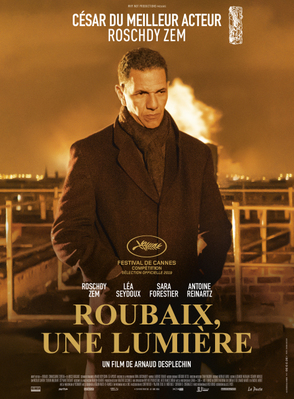 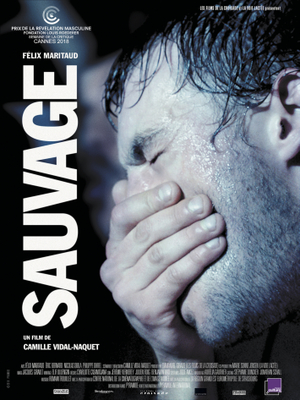 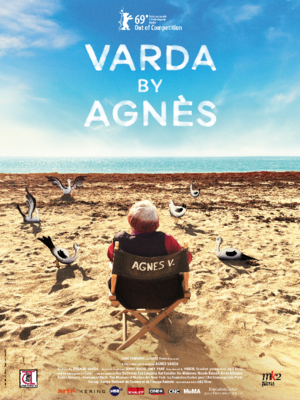