Recap of the 1st Mercado del Cine Francés in Miami

The first edition of the Mercado del Cine Francés French film market, an event initiated by Unifrance, was held from March 8 through 10 during the 33rd Miami Film Festival. 17 French sales companies took part in the event, which featured screenings of 26 films at the Regal Cinemas.

For a long time now, UniFrance has had aspirations of organizing a film market that would bring together distributors in the Latin American region at an event exclusively devoted to French films, a model that already exists in other regions. The theatrical market in Latin America is enjoying major expansion at this time, with many new theaters opening their doors. French films' market share in these markets currently stands at around 2%, rising to 3% in a good year. It is important to support and capitalize on this market expansion at a time when new exhibitors and distributors are emerging on the scene. Mexico is the world's 5th largest theatrical market, while Brazil registers around 180 million movie admissions annually, and Colombia and Peru are in a period of rapid growth. In recent years, French film have achieved some excellent results in this region, such as the performance of The Bélier Family, which attracted over 500,000 spectators in Colombia.

UniFrance has chosen Miami because it stands out as a hub between the USA and Latin America and also because the Miami International Film Festival wishes to support UniFrance in this initiative. In addition, the date of the festival is well-timed to concentrate on titles with potential for presentation at Cannes in the lead-up to this key festival.

Initial feedback from the film market has been positive, with the acquisition of Fatima in Mexico and deals in the pipeline for its distribution in several other countries. Buyers have also shown a strong interest in acquiring Tomorrow, Valley of Love, and The Final Lesson.

The success of this first edition has convinced UniFrance and French sales agents to repeat the operation in the future. 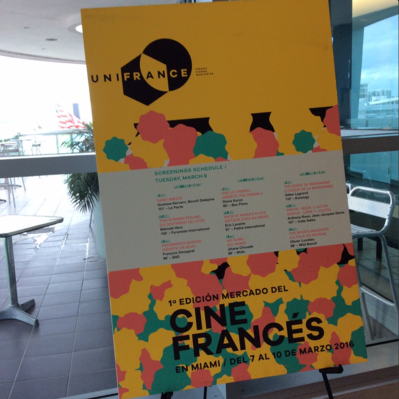 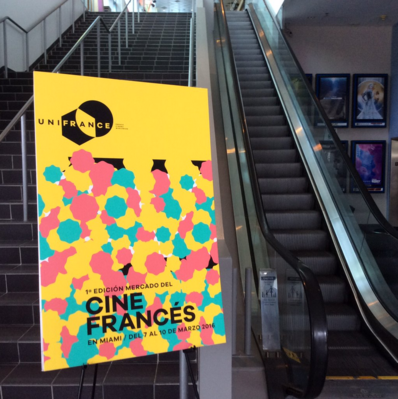