Since September 2000, French films have been adding to their successes on the European arena.
Released at the end of October, Mathieu Kassovitz's film, "The Crimson Rivers" (distributed by Filmauro) is coming close to the 1.5 million spectators mark in Italy. After this triumphant performance, the film's release in other countries is eagerly awaited (to be released in Spain in January and Germany and Russia in April).
Also released in Italy in October, "The Widow of Saint-Pierre" (distributed by Keyfilm) has so far garnered more than 220,000 spectators.
French films are certainly making their mark in Italy, with "Himalaya" by Eric Valli (distributed by Lucky Red), riding high at the box office on its 300,000 admissions score, and "Nightcap" by Claude Chabrol (Mikado) has just broken the 200,000 spectators barrier.
It was this film that won Claude Chabrol his best results in Belgium and Switzerland in the last 10 years!
"Nightcap", Chabrol's most recent film, is now set for release in Germany (Concorde) on January 4 in 40 prints, in England (Artificial Eye) on February 16, and later in Spain (Wanda), Portugal (Atalanta), Greece (Rosebud) and Turkey (Belge).
The success of "The Widow of Saint-Pierre" has not been limited to Italy. In Spain, Patrice Leconte's film raked in over 100,000 spectators, and in Yugoslavia has already sold 30,000 tickets. It will be released in Greece on January 4 (by Prooptiki), in Norway on January 24 (Europa) and in Hungary on April 1 (Budapest Film).
Having clocked up over 300,000 admissions in Germany, "Taxi 2" is coming close to scoring 3 million spectators abroad! "Harry, He's Here to Help" deserves a special mention, having made a splash with British audiences (Artificial Eye – 55,000 admissions). This film, by Dominik Moll is just kicking off its international career.
The surprise performance comes perhaps from the shock-film "Rape Me", drawing attention to itself wherever it is released: it has drawn 55,000 spectators in Germany (MFA), 10,000 in Finland (Mondo), 30,000 in Switzerland (Frénétic) and 30,000 in Italy (Lantia) after just 3 weeks on the screens.
The coming months could well bear witness to the close relationship between French films and European spectators, as the New Year promises the arrival on French screens (and therefore soon to be seen elsewhere) of: "Le Placard" by Francis Veber starring Gérard Depardieu, Daniel Auteuil and Thierry Lhermitte; "The King is Dancing" by Gérard Corbiau, starring Benoît Magimel; "The Prince of the Pacific" starring Thierry Lhermitte and Patrick Timsit; "Amélie" by Jean-Pierre Jeunet, starring Mathieu Kassovitz and Audrey Tautou; "Félix et Lola" by Patrice Leconte, starring Charlotte Gainsbourg and Philippe Torreton; "Un crime au paradis" by Jean Becker, starring Jacques Villeret and Josiane Balasko; "Les Morsures de l’aube" by Antoine de Caunes, starring Guillaume Canet; "Belphégor" by Jean-Paul Salomé, starring Sophie Marceau and Michel Serrault, "Brotherhood of the Wolf" by Christophe Gans, starring Samuel Le Bihan and Vincent Cassel; "Mortel transfert" by Jean-Jacques Beineix, starring Jean-Hugues Anglade, as well as "To Mathieu" by Xavier Beauvois, starring Nathalie Baye and Benoît Magimel, "Under the Sand" by François Ozon, starring Charlotte Rampling and finally, "A ma sœur" by Catherine Breillat. 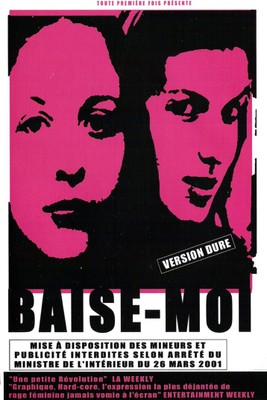 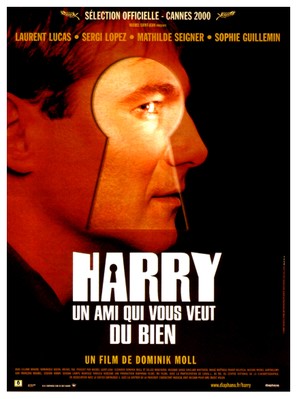 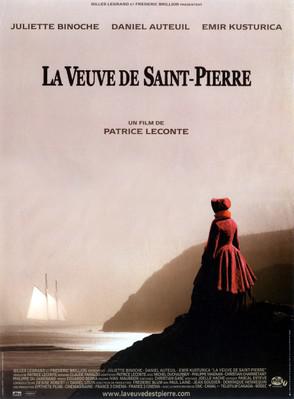