5th UniFrance films Rendez-vous with French Cinema in the UK

UniFrance films will present a selection of 10 feature films and a new montage of internationally acclaimed clips, short films, and commercials by French directors.

This year's selection of films will be screened between April 23 and 28, 2014, at the Ciné Lumière and the Curzon Soho in London, followed by screenings in Brighton, Bristol, Cambridge, Canterbury, Nottingham, and Oxford.

Fanny Ardant, Albert Dupontel, Jean-Pierre Jeunet, Martin Provost, Emmanuelle Seigner, Agnès b. (aka Agnès b), and Marion Vernoux will be in attendance at the Rendez-vous event to answer questions from audiences following the screenings. Playwright and director Alan Ayckbourn, director and actor Terry Gilliam and British actress Helena Bonham Carter are also expected to attend the event. The Rendez-vous with French Cinema in the UK are hosted by Unifrance and the French Institute in the United Kingdom.

2014's event pays tribute to the late Alain Resnais with a screening of his iconic film Hiroshima Mon Amour, as well as his recent and final film, Life of Riley. The Rendez-vous with French Cinema will also offer audiences the chance to sample the diversity, talent and creative energy of new generation French filmmakers, with the opening ceremony on April 23 featuring a montage of clips, short films, and commercials by French directors.

Lineup of the 2014 Rendez-vous with French Cinema in the UK
9 Month Stretch by Albert Dupontel
Life of Riley by Alain Resnais
Belle and Sébastien by Nicolas Vanier
Hiroshima Mon Amour by Alain Resnais
My Name is Hmmm.... by Agnès b.
The Young and Prodigious T.S. Spivet by Jean-Pierre Jeunet
Venus in Fur by Roman Polanski
Bright Days Ahead by Marion Vernoux
Quai d'Orsay by Bertrand Tavernier
Violette by Martin Provost 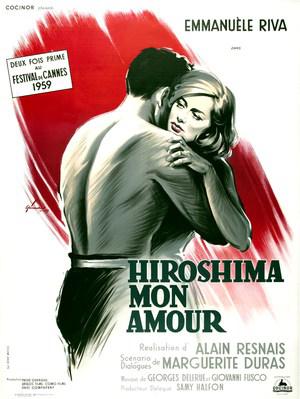 Rendez-vous with French Cinema in the UK - 2014