French films attracted close to 78 million spectators abroad in 2008 (provisional figures). According to Unifrance estimates, the final figure is expected to cross the 80 million admissions mark.
French film production reached an all-time high in 2008, outshining the exceptional year of 2005 (76 million admissions).
Moreover, movie attendance rose by 16% against 2007 (65 million admissions).
The annual admissions average registered since 2000 has thus been updated to 59 million. These fine results confirm the uptrend that has been observed since the beginning of this decade.

Babylon A.D., Asterix, La Graine et le mulet (Couscous), and Entre les murs (The Class) make their mark
French-majority films accounted for 86% of admissions, against 62% in 2007 and 49% in 2006. Another record achievement! Babylon A.D. was the most-seen French film abroad in 2008. Boasting 10.1 million admissions, the film outscored Astérix aux jeux olympiques (Asterix at the Olympic Games, 9.1 million) and Taken (8.8 million). Other top performers include Bienvenue chez les Ch'tis (Welcome to the Sticks), a smash hit in France where it pulled in 20 million spectators, which has already been seen by 4 million foreign moviegoers (including 1.4 million in Germany and 1 million in Belgium). Le Transporteur 3 (Transporter 3) also charmed audiences in the USA (4.6 million) and Russia (1.6 million).
Also in the USA, Ne le dis à personne (Tell No One) achieved fine success last summer, with box office receipts of $6 million. Il y a longtemps que je t’aime (I’ve Loved You So Long) was particularly well-received by English-speaking audiences, clocking up 330,000 admissions in the USA, 240,000 in the UK, 140,000 in the Netherlands, and 50,000 in Australia. Both episodes of Mesrine got off to a flying start in Russia and Ukraine, with 750,000 spectators registered to date.
Voted Best Film at the Cesar awards, La Graine et le mulet (Couscous) attracted 740,000 spectators, while the Palme d’Or winner at the 2008 Cannes Film Festival, Entre les murs (The Class), posts a running total of 625,000 admissions.
Le Scaphandre et le papillon (The Diving Bell and the Butterfly) increased its French admissions tenfold in international markets (2.4 million admissions), while Chasseurs de dragons (Dragon Hunters) doubled its score (1.1 million admissions) and Frontière(s) (Frontier[s]) tripled its admissions (340,000 admissions).

353 French films hit foreign screens in 2008
In 2008, 353 French films were released in least one foreign territory. This high figure, similar to that of 2007 (369 films), can be attributed to staggered release dates for films in international territories. 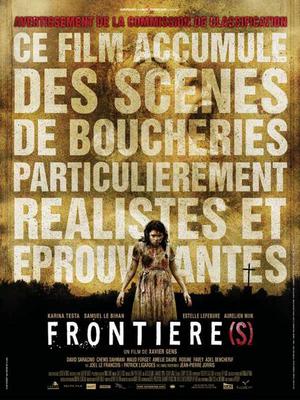