Central and Eastern Europe have given French films an extremely warm welcome this summer.

Indeed in Russia, the triumph of "The Race", released in 43 prints by DVD Group on May 30, has propelled French film's market share to new heights. Registering 370,000 spectators after 6 weeks on Russian screens, the film looks sure to outscore France's top performer of 2001, "Brotherhood of the Wolf," which finished its run with 434,000 admissions. Time will tell if "The Race" manages to eclipse the performance of "Taxi 2" (575,000 admissions).

In Poland, it's over to "Asterix and Obelix: Mission Cleopatra" to stand out in 2002. The 9th French-language film to be released so far this year, this sequel to the adventures of the world's most famous Gauls was distributed on 70 screens in Poland – the most ambitious release for a French film since the end of Communism – on July 19 and in one week pulled in 173,205 spectators. It should in no time sail past "Ice Age" and even "Spiderman" whose record opening weekend attendance figures it has already beaten. Released by SPI International, "Asterix and Obelix: Mission Cleopatra" should easily match its predecessor's score. "Asterix and Obelix versus Caesar" (released by Best Film) finished up with 535,000 admissions. It's too early to know if the film will outdo "Amelie," the biggest French-language success in 10 years, with 700,000 spectators to its credit. Once again, only time will tell. 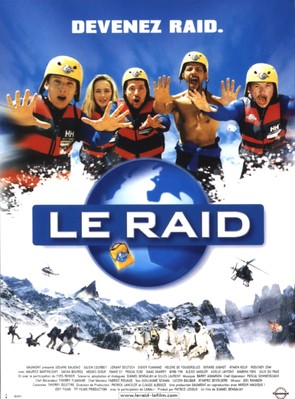 Recent filmography : Against the wind, Delicacy, The Woman in the Fifth, ...