'Off Season,' a breathtaking thriller with interweaving plotlines

Born during the co-pro pitching session of the Séries Mania Forum 2019, a program dedicated to finding international financing for TV series, the new Franco-Swiss French Noir series 'Off Season' (an Akka Films & Gaumont coproduction) was back at Séries Mania 2022 in French Competition. Launched in march on RTS (Switzerland) an din September on France 3 (France) the 6 x 1 hour series is now turning towards its international audience, with its first festival selections. Producers, distributors and talents tell us more about how the project came about, the characters that drive the series, and its appeal to the international market.

Unifrance: How did the project start and how did it develop? 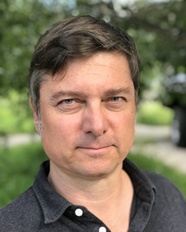 Philippe CoeytauxPhilippe Coeytaux (Producer, Akka Films): In 2018 at Séries Mania, I met Marine Flores-Ruimi who spoke to me about 'Off Season', a project she had  written with two other screenwriters, Claire Kanny and Sarah Farkas. A few weeks later, with the scriptwriters, we pitched the series to RTS and started the first phase of development.

How did this Franco-Swiss collaboration between Gaumont Télévision and Akka Films come about?

Philippe Coeytaux: Thanks to our selection at Séries Mania's pitching sessions in March 2019, we were able to meet with many production companies. After this, we were contacted by France Télévisions, who wanted to coproduce the series in partnership with RTS. Our goal was also to find a partner with a lot of experience in the production of international series, who would also listen to a company that is smaller in size but has a majority stake in the project's production. Our meetings with Alexis Barqueiro at Séries Mania, then with Isabelle Degeorges in Cannes, in May 2019, definitely convinced us to choose Gaumont Télévision for this adventure. And we have never regretted it, as the collaboration has been so supportive and respectful of each other!

Marina Hands and Sofiane Zermani, what attracted you to the script, and what made you want to play the characters of Sterenn Peiry and Lyes Bouaouni?

Marina Hands: I've never been so eager as now to play imperfect female characters, who transgress the rules of propriety, at a time when each of us must show ourselves in our best light. I find it important to portray a woman who is a fighter, who is damaged by life and its difficulties, who fails, who makes mistakes, who simply lives.

Sofiane Zermani: What appealed to me about the character of Lyes is the fact of playing a policeman – a police captain – with multiple facets: between this young father-to-be, this son who is a bit elusive, and this policeman who can't sleep because of his investigations and who has exemplary integrity. I liked all these facets of his personality as well as all the strings he had to pull during the day to be able to focus on his different passions: his family, his future baby, and his job that is so dear to him. 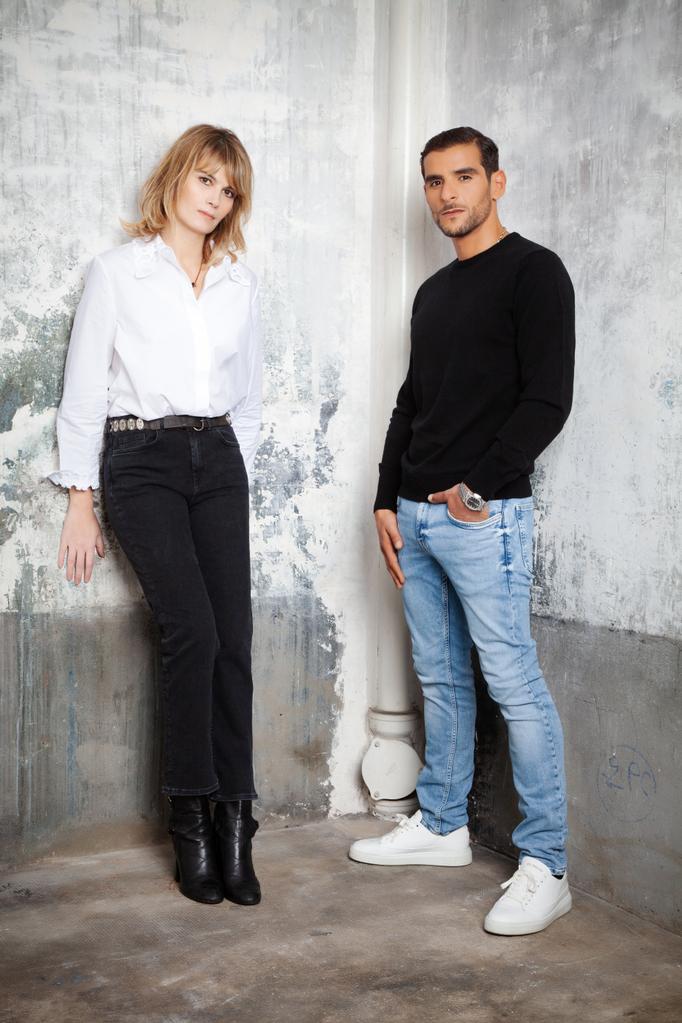 Marina, how did you prepare to play Sterenn Peiry, a character with a complicated past, who finds herself confronted with a Cornelian dilemma?

Marina Hands: I always undertake in-depth research into the women who are closest to my character, starting with the profession to which they belong. I spoke with policewomen, watched documentaries, about the job but also about the impossible mourning for a child, and about alcoholism. I'm concerned about credibility. And then I agreed with Pierre Monnard, of course.

Sofiane, how did you build your character, an investigator, but also a father in the making, who quickly won viewers' sympathy?

Sofiane Zermani: I built the role of the young father from personal experience: I know what it's like to be a young dad expecting a baby and not have time, with a lot of work and a busy schedule.
And the role of the Police Captain, I built with all the integrity, honesty, and commitment that I could read in the script and perceive from the character. This integrity touched me and bound me body and soul because it's what makes Lyes' heart beat: he risks everything so that the truth prevails and justice is done, because that is the order of things and that is how he sees the world. I built this character with the help of Pierre Monnard, the director – to whom I am infinitely grateful – and also with the sacred image of the honest and committed police officer, who puts his profession and his vocation above everything else in his life.

The series relies on a strong duo of investigators, can you tell us about the dynamic between the characters of Sterenn and Lyes? 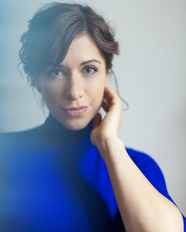 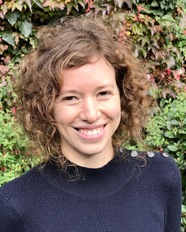 Sarah Farkas Marine Flores-Ruimi and Sarah Farkas (Creators and Writers): The dynamic of the Sterenn/Lyes duo is that of cat and mouse, except that the cat doesn't know the identity of the mouse, while the mouse knows the cat's! For Sterenn, it's a permanent dilemma: she must progress with the official investigation into the serial killer while collaborating daily with her main antagonist who feels very early on that Melinda's death doesn't correspond to the victims' profile. She has to be both efficient and beyond suspicion, always one step ahead of Lyes in order to divert him, or even lead him to dead ends. As for Lyes, although he initially feels empathy toward Sterenn, his obsession for the truth gradually transforms him into a formidable opponent. He's a stubborn man who works on instinct and whose unconventional police methods will make things difficult for Sterenn.

The setting of the series contributes greatly to the creation of its atmosphere, recalling the codes of the Scandinavian detective story. What were your inspirations for filming this setting? Can we consider the mountain as a character in its own right? 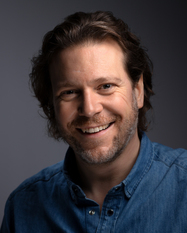 Pierre MonnardPierre Monnard (Director): I wanted to avoid the storybook image aspect. My objective was to evoke the power of the mountain as a counterpoint to Sterenn's torments. As such, I consider the mountain a character in its own right in Hors Saison. Especially the summit of the Dents du Midi in Champéry, which dominates the whole story from the opening sequence to the last image of the series.

What makes this series unique? What are its strengths that will appeal to an international audience? 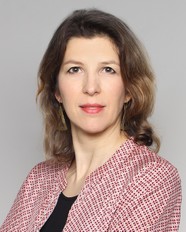 Cécilia RossignolCécilia Rossignol (EVP, International Sales & Development, Gaumont): Polar Noir and Thrillers always work through a duo of investigators who are total opposites (methods, backgrounds...) but who prove to be complementary in their personal quests and in their desire for the resolution of cases. These elements allow twists and turns at the end of each episode and keep viewers on the edge of their seats. The dilemma that Sterenn, the main character, faces (how far is she willing to go to save her child?) resonates with each viewer and makes them question themselves. Moreover, the story takes place in a magnificent setting in the Swiss mountains and is performed by a prestigious cast of international renown.

What have the reactions been like after the first broadcasts on France 3 and Salto? 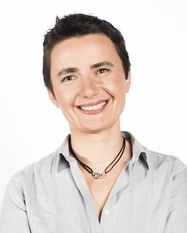 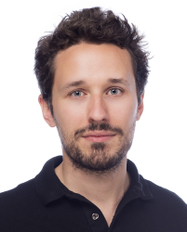 Alexis BarqueiroIsabelle Degeorges and Alexis Barqueiro (Producers, Gaumont Télévision): Following the selection of Off Season in the French competition at Séries Mania 2022, we were very well received by the critics, which is a great source of satisfaction for us.
The series was then successfully programmed on RTS (Switzerland) and on France 3. Despite a busy and very competitive start to the new season, Hors saison performed beyond expectations and well above the average for its slot.
Viewers remained faithful, especially when, on the second evening, the series had to compete with specials following the death of Queen Elizabeth II.

Off Season has already started its international journey, can you tell us more about it?

Cécilia Rossignol: The series was presented to international buyers during the latest Unifrance Rendez-Vous in Biarritz, organized by Unifrance – the screenings went very well and engendered discussions. At the same time, we have just learned that the series has been selected for the next  The American French Film Festival (ex-COLCOA), which will give it additional visibility after its selection for Séries Mania 2022 and the Berlin TV Series Festival 2022.

'Off Season,' a breathtaking thriller with interweaving plotlines

Marine Flores-Ruimi and Sarah Farkas, two of the three creators and showrunners of the series "Off Season", tell of the premices of this cop show set in the Alps. 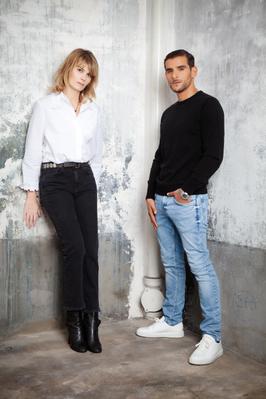 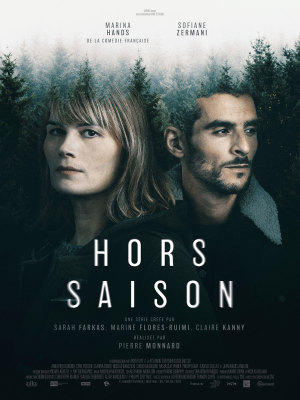 Recent filmography : Under the Fig Trees, Off Season, A Thousand Fires, ...