A major player in the indie movie business in the United States, heir to the tradition of movie industry empires, Charles Cohen is involved in a broad range of activities, with his catalogue of cinema classics (over 800 titles), the distribution of arthouse films with the Cohen Media Group, and movie production and exhibition with a theater in New York and soon one in Paris, La Pagode, which he has acquired and will be reopened in three years' time. Cohen will soon launch the release of Girls Of The Sun, which is currently presented at the Rendez-Vous.

How do you see the distribution market in the United States at this time for auteur cinema, particularly French productions, in comparison with the situation ten years ago?

The quality of French films has remained constant over the past ten years, and we continue to see great films being produced. We were just in Berlin, where we acquired two French films, and we're going to release several French titles this year. The current challenge facing us is not that films aren't as good as they used to be or that there are less of them, but rather that digital platforms seem less interested that before in including French films in their catalogues. This is an obstacle that we are constantly coming up against, and it particularly concerns French productions. We focus all our energy on ensuring that the films we buy are seen, and we do that by targeting all the different kinds of distribution formats that now coexist in the sector.

How do you choose your films? Do you give priority to a good cast, a good story, or success at festivals?

It's a combination of all those things, but if reviews of a film are unanimously positive, that's a decisive factor. We want our films to give American audiences something to think about and also offer them entertainment—that's the ideal combination. The films that we distribute, particularly our French films, are well received by our usual audiences, which is a specific category of movie-enthusiasts who are looking to find the essence of current global auteur cinema. A film like Girls Of The Sun was an obvious choice for us because it's good filmmaking and the themes it explores, relating to women's struggles and the female viewpoint, match up with what our audiences want to see at this time.

You enjoyed considerable success recently with Faces, Villages, and The Insult [each garnering over 100,000 admissions). But how did you handle the lack of commercial success of Amant Double and Godard Mon Amour?

Each film must be given its own individual distribution plan. These are two excellent films and even if their theatrical run was not as successful as we had hoped, their careers will be long. I firmly believe that with the multiplicity of ways that people can watch movies today, these films will end up reaching the audiences they were intended for. This can happen through VOD services, as well as via our own distribution platform, Cohen Media Channel, which we launched last year and which offers American audiences an additional window for watching films that may have some difficulty making their mark on the more traditional distribution channels. 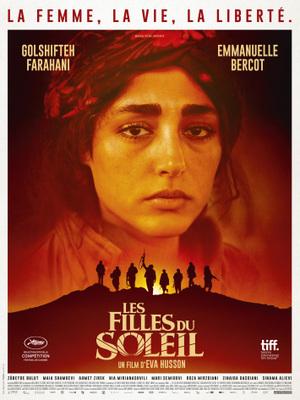 Girls Of The Sun