2017 was a milestone year for the French virtual reality sector. For the first time, these new works featured in the Official Selections at major international film festivals, such as Cannes and Venice. In addition, with mk2 films and Wide offering a lineup of VR projects, the sector has started to gain a foothold in traditional markets. These are some of the reasons that motivated Unifrance to conduct a study to define and analyze the export market for French short-format VR productions.

Based on the results of concrete sales (on a title by title basis) as declared by production and distribution companies who agreed to communicate their figures, UniFrance identified 109 sales deals and total revenues of €41,963.

Six out of the thirteen films covered in the study were fiction projects. With just one title included, Kinoscope (Philippe Collin & Clément Léotard – Agat films - Ex nihilo), animation generated the second highest revenue, while the experimental genre accounted for the second highest number of transactions. In terms of individual titles, Kinoscope brought the highest sales figures, followed by Sergent James (Alexandre Perez – Floréal Films) and I, Philip (Pierre Zandrowicz – Okio-Studio). These three works together claimed one half of both sales revenues and transactions.

The study identifies 44 separate buyers, including three based in France but operating internationally. The largest category of buyers was international film festivals. Although fewer in number, distribution companies invested the highest sums on acquisitions. A breakdown according to the type of rights sold identifies three main areas: theatrical, rental, and VOD.

Western Europe was the most lucrative region for French VR productions, accounting for 40.4% of revenue and 49.5% of sales transactions. The Dutch distributor &samhoud media was the biggest foreign buyer of French VR, as a result of which The Netherlands ranked as the leading territory for Gallic virtual reality exports. Theatrical rights were sold to six foreign territories, while rental rights were sold in fourteen territories.

Complete data from the study can be found in the attached document, "Export of French VR in 2017" in French and English. 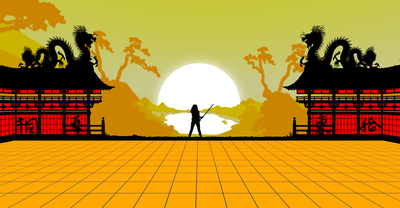