...Georgia Poivre, director of acquisitions at the Cohen Media Group

After two years working as an executive in international sales at Films Distribution, now known as Playtime, Georgia Poivre has crossed the Atlantic to join the Cohen Media Group, a long-standing distributor of French films in the USA.

It's allowed me, first of all, to see the reality of the market, because when you're in film sales you tend to be a little optimistic about French films' potential in foreign markets! When you arrive on the other side and you see the figures, and you see that there really is a need to fight on a daily basis for films to be shown in theaters, you realize just how hard it is. But Cohen Media is one of the few companies that do fight first and foremost to gain that access to theaters. When I moved into distribution I realized that in the United States, the audience's connection to movie theaters is very different from how it works in France. Here, theaters have a "curatorial" approach, with a particular content orientation. Here, a spectator who likes art house films will trust the programming director of his or her favorite theater, and it's the theater itself that has created that interest. If a French film plays in a multiplex, as has been tested out at the AMC at Loews chains, spectators, even the French film buffs, won't go because it's not "their" theater. In France, in an MK2 theater, for example, you can have La Ch'tite Famille and The Square showing at the same time. In the US, that's unthinkable. And here in New York, transport is complicated; you don't change neighborhoods to see a movie. The neighborhood theater network isn't very big, and it's getting even smaller with the closure of the Sunrise Theater and Lincoln Plaza. And there's also the fact that independent American cinema, with films like Call Me by Your Name and Lady Bird, take up a lot of space in the art house theaters, so there's not much left over for foreign cinema. So, that's basically what we're working with in our daily battle to get our films released here.

Is this battle mainly focused on getting access to theaters?

It's also a struggle with the media; we have to work hard to get journalists to see films. We were very lucky recently with The Insult, which got very positive reviews, and its Oscar nomination also helped. In the case of Amant double, we got a great response from the media and we tried to get access to the multiplexes via an aggressive marketing strategy: lots of posters, a director, François Ozon, who is known and well-respected, a highly active presence on social media, a release date on Valentine's Day, and a clear counter-offer of a style that was "anti-50 Shades Freed," which was released the same day. The result was that it was shown in 52 sites, but it didn't work in the multiplexes and was successful only in the art house network. As I said earlier, the multiplex audience is not the same as that of art house theaters—this is proof once again of the disconnected and impervious nature of the two audiences groups who go to movie theaters in the US. Nonetheless, with ticket sales likely to reach $200,000 by the end of the film's run, we don't consider this release as a failure: if we include Frantz, which has a majority of scenes shot in German, Amant double will rank as the 6th French-language film to be released at the US box office in 2017-2018.

Like everyone else, we sell to Hulu, Amazon, Netflix, and so forth. But it's a total rollercoaster ride when it comes to pricing: at one point these platforms had bought a lot of foreign films, and right now there is a sharp decline in purchases from Netflix, while Hulu is buying more. If the film has an Oscar nomination, it helps, but if it doesn't, it's extremely difficult. It's always very uncertain. When we buy films from international sales companies, we know that we can probably sell them eight months later to the platforms, but we have no idea of a figure to base our calculations on. There's no magic formula, no recipe to work from. You have to have a passion for it if you want to distribute foreign films in the United States, and that's the case for Charles Cohen. We buy films that we love and that he loves; we don't follow any particular themes. These are films we're proud to distribute, like The Salesman by Asghar Farhadi, which won the Oscar last year, and which was anything but an "obvious" choice. It was the same story for The Insult and Redoubtable, which we're releasing soon. To be able to keep releasing films, we can't buy them at too high a price from sales companies, so we're sure to have the funds required for P&A (prints & advertising), which is the key ingredient. But we remain hopeful. A lot of films that were nominated at the Oscars this year, like Get Out, Lady Bird, and I Tonya, were independent films that did well, particularly with younger audiences who are in tune with marketing campaigns on social media, which were very active for these films. It could perhaps start there, and then, as a result, create a wider opening for foreign films to fill. 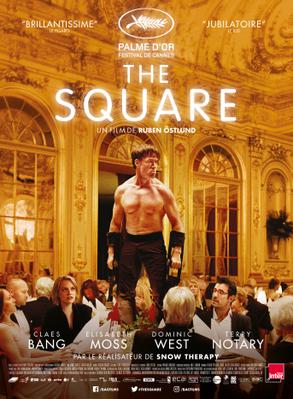 Recent filmography : Black Pharaoh, the Savage and the Princess, Everything Will Be OK, Madeleine, ...