A sales agent for the past twenty years and at the helm of Other Angle Pictures for the past ten years, along with Laurence Schonberg, Olivier Albou is currently taking part in the Rendez-Vous event in New York, followed by the Mercado del Cine Francés in Miami, where he will promote the export of primarily French comedies. No easy task in the USA.

Is there any port of entry for French comedies in the United States?

It's more a case of a closed door! French comedy doesn't sell here: in the case of comedies for younger audiences, people assume that there's direct competition from American teen comedies, so there's no hope, and when it comes to comedies for more mature audiences, the cast must be instantly identifiable: Deneuve, Huppert... Comedies that are extremely popular all around the world such as Serial (Bad) Weddings are never released here. We therefore need to find a way in for comedy, and that sometimes happens through the sale of remake rights or by sales on an SVOD platform like Netflix or Amazon. Other Angle sold Blind Date and The African Doctor on Netflix, for example. It's advantageous that these other distribution channels exist as it offers us some openings that didn't exist before, but it would be good if French comedy could really establish itself in the USA as it has done in many other countries in recent years. Excluding the British market, comedy is the most successful French film genre in Europe.

Is the English-speaking world simply insensitive to French humor?

Perhaps, but I don't believe that's all we're up against. When I go to film markets I see screenings of comedies that make buyers from English-speaking countries roar with laughter, but when it comes down to it they don't buy the films because they think their audiences won't like them. In fact, US distributors think that if media coverage is good, art house theaters will take the film, and if it's not, there's no hope of landing a theater. With this kind of reasoning—which doesn't take into account the fact that mature audiences don't necessarily see comedies—all we can sell to them is art house films. So it requires a different approach. We need to appeal not only to critics, but also to audiences, with a marketing campaign that is capable of reaching the public. In the US, you're either an independent or a studio, there's no room for anything in between yet.

One film could change everything—a film that nobody thinks will work that turns into a hit. That's what happened for us at Other Angle with Babysitting, a film that all the distributors initially refused. It was finally Universal that picked it up for France, and us for other markets. And we sold it virtually everywhere, except in the United States, but that was because we didn't have the rights. Babysitting was part of a mini-revolution. It showed that a comedy, and a debut film with unknown actors, could work. There have been other titles in the last five years. In fact, the Germans, Italians, and Spaniards are now very attentive toward French comedy, because no one wants to miss out on the next one! There just hasn't been a film like that in the US. If we could manage to sell them one every now and then, the film would bring in $4 or $5 million in ticket sales and that would start building momentum. So it's all in the hands of distributors. They need to get to a point where they believe that something apart from what they do now might work. And if a distributor is confident that Amazon or Netflix will pick a film up afterwards, that could encourage them to take the risk. On the other hand, the emptying of seats in cinemas due to the rise of SVOD sales might create a space in theaters that French comedies could fill. All we need is two or three successful titles for things to start changing. There's also one other possible avenue: direct distribution to theaters without going through the distributors. So even if the distributors don't believe it would work, perhaps the theaters might. Digital technology simplifies everything: theaters could quite easily exhibit films directly via the sales companies. It's not a matter of ignoring the distributors, but this is a direction we think may be interesting to explore. 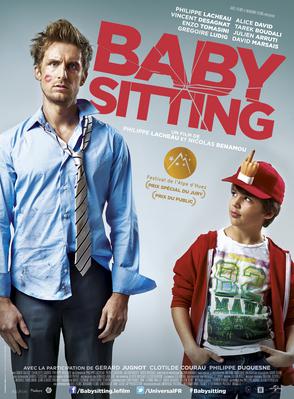 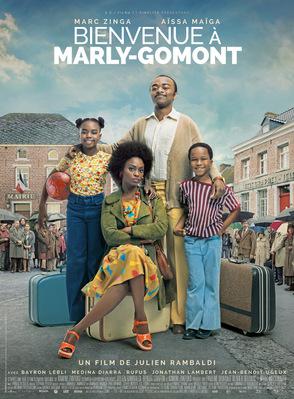