Agnès Varda, the first female director to receive a Governors Award in Hollywood

On November 11, the French filmmaker was awarded one of the highest honors presented by the Academy of Motion Picture Arts and Sciences (AMPAS), the Governors Award, at a ceremony held at the Ray Dolby Ballroom at Hollywood & Highland Center. This Honorary Oscar was given to Agnès Varda in recognition of her long and rich contribution to the movie industry.

The award was presented to Agnès Varda by the actor and director Angelina Jolie. Other Governors Award honorees included the actor Donald Sutherland, the film director Charles Burnett, and the cinematographer Owen Roizman, as well as the director, producer, and screenwriter Alejandro González Iñárritu, who received a special award for his virtual reality short film entitled Carne y Arena. This year marks the first time that a female director has won this award, which is one of the world's highest distinctions in the movie sector.

Visibly very moved by this tribute paid to her by the American Academy of Motion Picture Arts and Sciences, Ms. Varda reflected on her films and her career in her acceptance speech, with characteristic mischievous humor: "I try to work to get to the essence of cinema, finding a different structure for each film. [...] My films have never made money and I’m not bankable. Nevertheless, if not money, I have received many awards!"

Varda also paid homage to her late partner Jacques Demy (who was in Hollywood in 1965 for his film The Umbrellas of Cherbourg, which was nominated for an Oscar in the Best Foreign-Language Film category), as well as those who had accompanied her to this exceptional event: her children Mathieu Demy and Rosalie Varda, her grandchildren Valentin Vignet and Constantin Demy, and French movie industry authorities (the CNC, represented by its president Frédérique Bredin, Unifrance, represented by our president Serge Toubiana, and the Cannes Film Festival, represented by its artistic director Thierry Frémaux).

Expressing in her conclusion that she preferred her feeling of lightness over the weight and seriousness of the ceremony, Varda acted out a few dance steps on the stage, accompanied by Angelina Jolie, who handed her the award amid cheers from the audience, which included Steven Spielberg, Tom Hanks, Jake Gyllenhaal, Jessica Chastain, Gael García Bernal, Richard Gere, Sofia Coppola, Hugh Jackman, and many others.

UniFrance wishes to congratulate Agnès Varda for her highly original and unique contribution to French cinema and its international scope, whose impact flows over into the new generation of French filmmakers. This prestigious, world-renowned award is a further demonstration of the influence of French cinematic arts and their capacity, as stated by Varda, "to leave a different mark on people's minds, to foster an independence of spirit."

The previous day, Faces, Places (Faces, Places) was screened as part of AFI FEST to a packed audience, in the presence of the filmmaker. Following the screening, Varda and her co-director JR took part in a conversation with the audience hosted by Serge Toubiana. 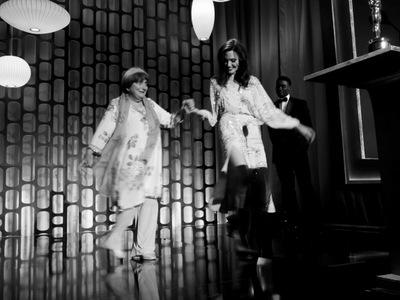 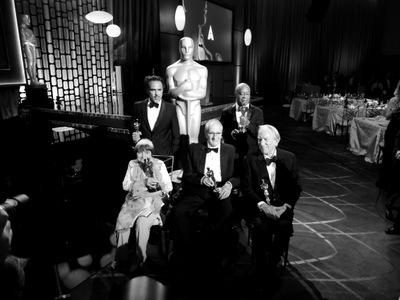 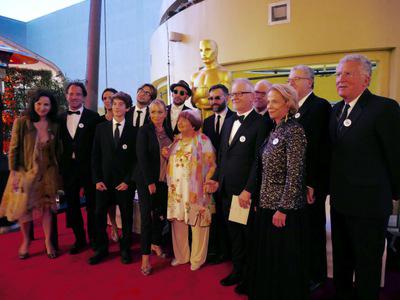 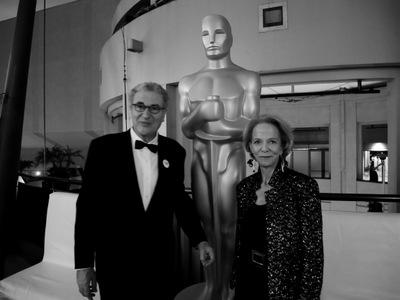 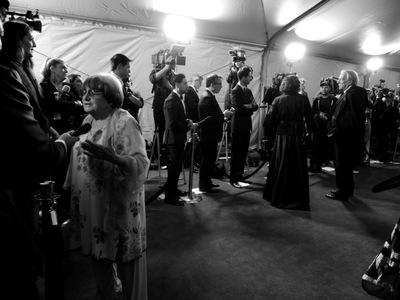 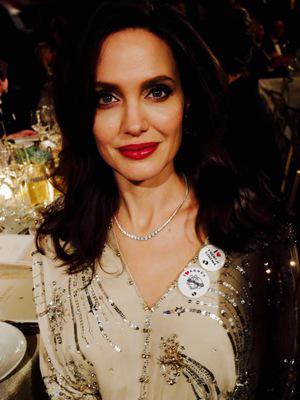 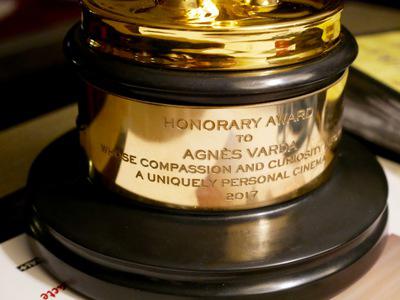