For the third consecutive year, the Agency for French Education Abroad (AEFE) and UniFrance co-organized two competitions in connection with MyFrenchFilmFestival.com (UniFrance's online French Film Festival), open to all French high schools in the French Education Abroad network. The winners were presented with their awards at the UniFrance Pavilion during the Cannes Festival.

Both students were in attendance at the UniFrance Pavilion on May 20 to receive their awards from Isabelle Giordano and Marie-Christine Saragosse.

The two winning reviews (in the feature film and short film categories) were chosen by a jury composed of the following members:

Reviews for films screened at MyFrenchFilmFestival were posted on Facebook, with the awards given to the authors of those that attracted the largest number of "likes."

These two winners were in contact live at their respective schools via Skype to receive their awards.

This brand new initiative aims to shine the spotlight on new-generation independent French-language films. It gives web users around the world the chance to share their love of French cinema.

From January 13 through February 13, 2017, MyFrenchFilmFestival.com was back in force for its 7th edition, which offered a selection comprising 30 films that were accessible for viewing via over 40 partner platforms, with a number of films launched in theaters in various countries.

This year's MyFrenchFilmFestival registered a record 6.7 million views on the internet in more than 200 countries.

Directed to high school students at establishments that are part of the French Education Abroad network who have elected to study the "Cinema Audiovisual" option, this competition is held from mid-November to mid-March. 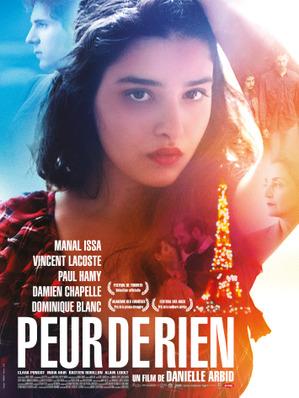