From April 7 through 10 this year, the Tu Cita con el Cine Francés festival in Madrid will present preview screenings of French films that are scheduled for upcoming release in Spain. A number of directors of these films will be in attendance to take part in discussions with audiences and the media following each screening in the Spanish capital. The festival will once again be held at the theaters of the Yelmo Cines Ideal.

French cinema will be making its presence known in Madrid in April, with the presentation of preview screenings of films that are to be released in Spanish cinemas in upcoming months. Organized by Unifrance, the Tu Cita con el Cine Francés festival will once again be held in the Yelmo Cines Ideal and will offer audiences a panorama of the most recent French productions.

From Thursday, April 7 through Sunday, April 10, moviegoers in Madrid will have the chance to see exclusive preview screenings of the 7 films showcased at the event, as well as a special screening. Audiences will also have the opportunity to meet with the films' directors at Q &As to be held after each screening.

During their stay in Madrid, the directors will also meet with media representatives, with interviews scheduled to discuss subjects including the upcoming commercial release of their films in Spain.

Hosted by UniFrance, France's international film promotion agency, Tu Cita Con el Cine Francés has been made possible thanks to the collaboration of the Spanish distributors who have acquired the films presented. The event also benefits from support from the major French movie industry bodies, including the CNC, the Ministry of Culture and Communication, the Ministry of Foreign Affairs and International Development, the French Embassy in Spain, the French Institute in Madrid, Air France, Renault, and, of course, the Cines Yelmo, which have once again joined forces with UniFrance to organize this event.

The selection of 7 films (and the film presented in a special screening): 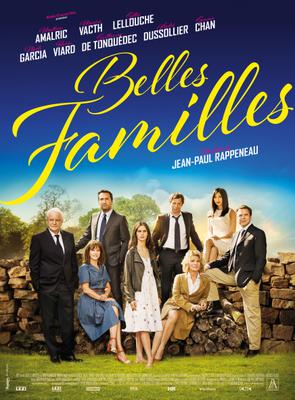