For this fifth edition, during which established professionals and emerging talents in the short film sector got together, Unifrance's Short Film Department had the pleasure of receiving Christie Molia (Moteur S'il Vous Plaît) and Olivier Heitz (mk2 films).

The producer and exporter are working together on the film Lost in Paris by Dominique Abel and Fiona Gordon, starring Pierre Richard and Emmanuelle Riva.

The film is still in post-production, but already sold to several territories (including the USA and Argentina) during the AFM, and was presented at the Unifrance Rendez-Vous in Paris.

After looking back at her career, producer Christie Molia evoked the genesis of her collaboration with the Belgian pair of directors-actors (and also producers), and entering into a coproduction with Charles Gillibert (CG Cinéma).

The producer then spoke of the future by presenting her brother Xabi Molia's new project, which she is currently developing. The film, Beausoleil, starring Vincent Cassel in the main role, is slated for release in 2018. This is the first animated film that both the producer and the director will have worked on. This project was an opportunity to reflect upon the need for international coproductions for ambitious feature films.

Olivier Heitz then talked of mk2's international acquisitions policy, the filmmakers they support (Jia Zhang-Ke, Olivier Assayas, Naomi Kawase, Xavier Dolan), and the place that French cinema holds with recent successes such as The Measure of a Man, and the investment in new audacious films (M by Sara Forestier).

The next meetings will take place in April. 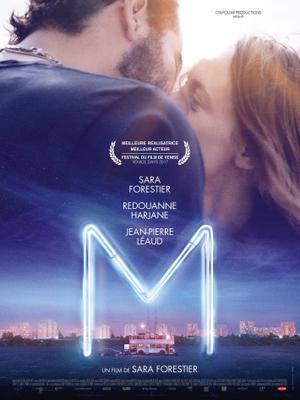