The French filmmaker is the subject of a sidebar event to be held as part of the TIFF (Toronto International Film Festival), where her latest film Bird People will be presented.

A mini-retrospective of Pascale Ferran's films coupled with a master class: this is the tribute that the Toronto Alliance Française is currently organizing. The filmmaker, who will be in attendance for the event, is in Canada for the TIFF (Toronto International Film Festival), where her new film Bird People will be showcased in the World Contemporary Cinema section.

A spearhead of the famed generation of IDHEC Film School graduates, Pascale Ferran won the Cannes Camera d'Or in 1994 for Coming to Terms with the Dead, was a multi-award-winner at the 2006 French César Awards for Lady Chatterley, and is a tireless campaigner for French cinema and social rights. She is, however, not known for being a prolific filmmaker, with Bird People marking her fourth feature film in a career that spans twenty years.

All the more reason to catch this upcoming event organized by the Alliance Française in Toronto as a tribute to Ferran, which will be held September 2 through 7, 2014. 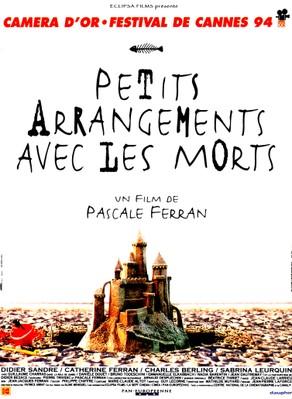