Survey on the image of French cinema around the world

To mark our 65th anniversary, UniFrance Films has released a study on the way in which French films are perceived by foreign audiences, conducted by the OpinionWay Institute.

• What factors motivate spectators around the world to see French films?
• Movie theaters, VOD, downloads, etc: What distribution media are used to view our films outside France?
• Who are the most popular French actors for audiences around the world?
• What are the Top 5 best-known French films outside France?
• What is the current perception of French cinema?
• Which French film genre attracts most international recognition?
• What is French cinema's impact on the image of France?

To answer these questions, and others, concerning a sector that is undergoing rapid transformation and at a time when international participation plays an ever-increasing role in the finance and distribution of French films, UniFrance Films commissioned OpinionWay to conduct a wide-ranging study on the image of French cinema across the globe. This is a groundbreaking new image survey (with the most recent, but incomplete, study of this kind dating back to 1998), which complements and clarifies statistical and economic data gathered by UniFrance Films around the world as part of our activities to promote and support the export of French films.

The world's second largest exporter of films after the United States, France generated close to €300 million in revenues in 2013 from the distribution of feature films in foreign markets. This study confirms the highly positive image of French cinema around the world, while highlighting certain disparities in the perception of French films in different markets, even if the high quality and distinctive character of films remains recognized throughout the world.

This study was conducted in April 2014 by OpinionWay using a representative sample of 5,891 foreign viewers of movies aged over 15 in over 14 countries, including the United Kingdom, United States, Germany, Italy, Spain, Japan, Mexico, Russia, Poland, Quebec, Brazil, South Korea, Sweden, and China.

• 74% of spectators questioned have a positive view of French films.

• Comedies and romantic comedies are the most popular genres of French films, each preferred by 36% of respondents (ahead of dramas, action films, black comedies, historical dramas, and documentaries).

• A film's subject (rated at 60%), its genre (40%), and its cast (38%) are considered the most important factors by spectators, ahead of reviews, box office success, or awards won by the film.

• 83% of spectators consider that the most recent French film they viewed was of high quality, with 48% of respondents stating that the quality of French films is higher than ten years ago.

Amelie (Amelie)
The Intouchables
Taxi
The Professional
Equal 5th: Love (Amour)/The Artist The Pianist/Welcome to the Land of Ch'tis (Welcome to the Sticks)

70% of respondents had no connection with France (54% had never traveled to France). For 79% of those questioned, watching French films inspired them to come to France, with 58% motivated to buy French products.

(Photo: Jean-Paul Salomé, president of UniFrance Films, and Gilles Renouard, deputy director in charge of research and markets, on May 15 at Cannes during the press launch of the OpinionWay study) 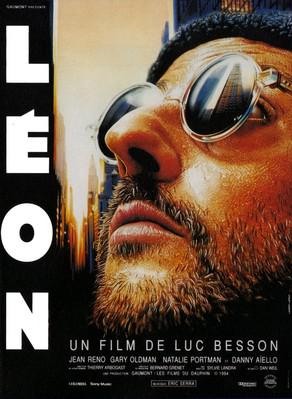