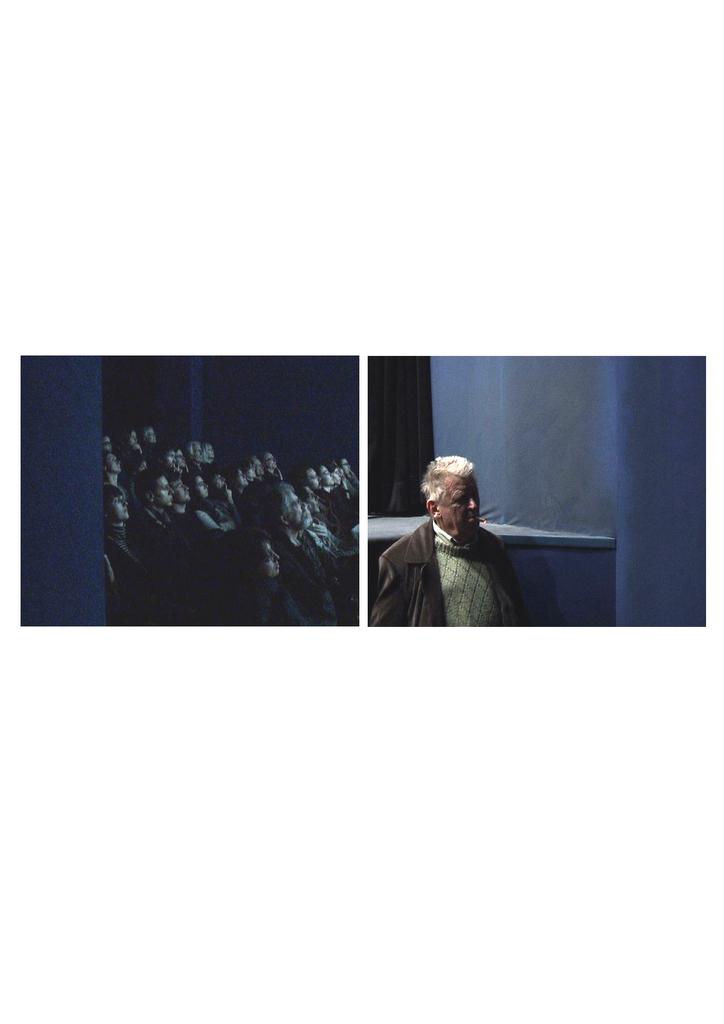 In a cinema, every week, we screen movies which a woman and a man made. The man, Jean-Marie Straub, was there, at almost all the sessions. Us too. We where there. And there, in a dark room: our eyes where opened.

This movie problematic the complex relationship which exists between the movies themselves and a possible word about them. The question amounts to these words: is it possible to speak about movies without betraying the event which took place for the public, during the reception of the images and the sounds? This question, Jean-Marie Straub asked himself every evening.

In spite of the documentary character of the situation, the movie tells the story of a double meeting, two moments which remain inflexible one to another and which nevertheless existed in the same place: the meeting of a glance with movies and that of a public with words. 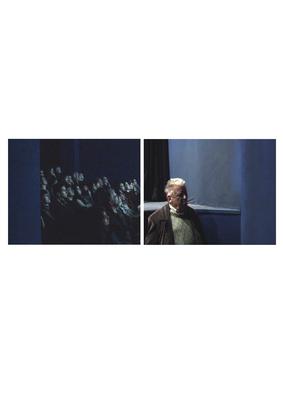