In an old apartment building on the wrong side of the tracks, two women, unknown to each other, live across the hall on the second floor. Galia is an assassin involved against her will with the local sex-traffic mafia. All she wants is to reunite with her little daughter that she left back home in Ukraine. Eleanor is a grocery store cashier and a battered wife. She dreams of winning the lottery and running away from her abusive husband. Galia and Eleanor don't know each other, but as neighbors they share two things: an adjoining wall and a strong need to plan their escape. As Galia disobeys her latest contract, a woman target, and Eleanor discovers that she's pregnant, the two women decide to take action against their oppressors in a fight for survival and freedom. 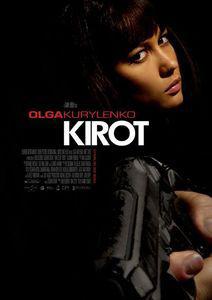