Alessandro, a twenty years old boy, works as a countable in the circus run by his father. This job is frustrating and makes him feel miserable; he spends most of his time juggling in his office instead of sorting out the daily matters. His behaviour brings about a fierce dispute between father and son. The boy wishes to be an artist, his father being illiterate and having spent his life struggling against problems, wants a better future for his son and a serious job that pays… However, they are very fond of each other, in spite of their disagreements. This is why Alessandro lives in his own world, introspective and dreaming all the time. His fears and anxiety are showing up through an eczema pitting his hands and making him scratching to blood. Whatever he does he feels guilty. On one hand, he loves secretly Sibylle a young girl who seems to be both beautiful and out of reach. On the other hand he keeps thinking to his childhood friend Aindreas who performs in another circus as an outstanding juggler. Alessandro toppled over the edge the day, when together, with his father and Sibylle, he went to see Aindreas performance : a dazzling show that made him understand he cannot live anymore without performing his art.
He then, decides to give up everything and leave. On the same evening he gets ready to disappear stealing his father's car. Suddenly, Sibylle stands by his side, she confesses her love and wants to follow him. Their happiness will last but one moment as everything between them is a misunderstanding. Sibylle thought Alessandro was leaving to lead elsewhere a "reasonable" life and go his carrer as a countable. That's why she wanted to go with him in order to leave behind and forever the circus world. The dream crashes, all of a sudden, as in a nightmare, Alessandro's father arrives and the fight starts again more fiercely than ever. Alessandro will nevertheless continue to live his dreams, having to face a lack of understanding and choosing therefore loneliness.

I Love You Production

I Love You Production 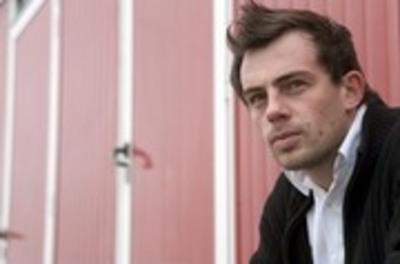 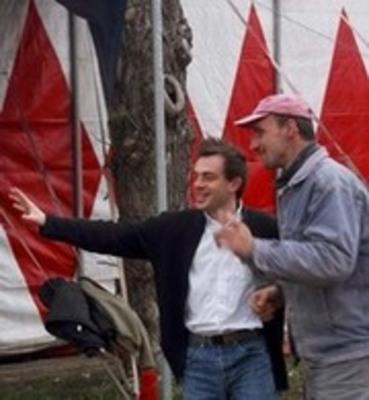