The Gilded Cage has put in an excellent performance in Portuguese theaters.

The Gilded Cage hit the top spot at the box office in its opening week in Portugal (Lusomundo), attracting 109,000 spectators from 70 prints. This is an outstanding performance in a market in which only 13 French films (including 7 French-language productions) have crossed the 100,000 admissions mark since the beginning of the 2000s. It will no doubt rapidly outscore the performance of previous hits The Fifth Element (Lusomundo – 238,000 admissions) and The Intouchables (Lusomundo – 217,000 admissions), which registered, respectively, the 4th and 5th highest attendance figures to date in Portugal, as monitored by uniFrance Films, behind the first episodes of the Asterix series, which dominate the charts for French films. Only a few months after its surprisingly successful release in France, where it achieved an impressive 1.2 million admissions, its distributor Lusomundo optimized its release over the summer vacation period, during which many French citizens of Portuguese descent return to their home country. The Gilded Cage has also enjoyed an excellent debut in Quebec (AZ Film), with 5,700 admissions registered from 12 prints in its opening week, which is the second best performance by a non-American film at the Quebec box office this week, behind the current hit film, Louis Cyr.

Paulette posts a total of just under 200,000 admissions in Germany (Neue Visionen) at the end of its fourth week on the screens. Its release has been upped from 150 to 199 prints, allowing the film to remain in 9th place at the box office and gaining an additional 50,000 admissions. With an additional increase in the number of prints next week, Paulette should easily make its mark in upcoming weeks as the best performance by a French film this year, upstaging the attendance figures of On The Other Side of The Tracks (Senator – 275,000 admissions). It has now topped 50,000 spectators in Italy (Moviemax) after 9 weeks and has registered 10,000 admissions after 10 days in Austria (Polyfilm). Paulette currently boasts total of 356,000 admissions in international theaters.

It Boy took 8th place at the Russian box office on its opening weekend (Volga), despite a mediocre opening, with 25,000 admissions registered from 200 prints in circulation. It looks unlikely to match the performance of the previous romantic comedy starring Virginie Efira, Second Chance (CP Digital). Also released on 200 prints during the summer of 2011, this film pulled in 168,000 Russian moviegoers in five weeks. According to current results, It Boy has amassed 192,000 admissions outside France, including 81,000 in Belgium (Victory), 66,000 in Italy (Good Films), and 19,000 in Switzerland (JMH). Its international career will continue in Latin America (Swen Entertainment), notably in Argentina, Mexico, Colombia, and Brazil. 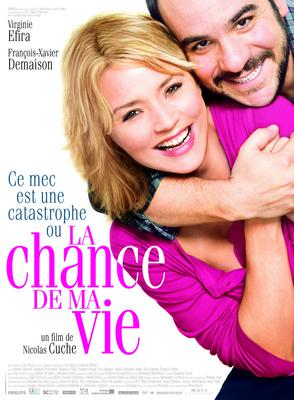