French films at the international box office: May 2013

The results of French films abroad remain relatively flat at the end of of May, with 14 million admissions registered since the beginning of the year.


The results of French films abroad remain relatively flat at the end of May, with 14 million admissions registered in forty territories since the beginning of 2013. Amour has so far been the year's best performing French film, with 2.3 million admissions since January 1, 2013 (and 3.4 million admissions overall). By itself alone, the film represents 17% of the year's total audience numbers. In the United States and English-speaking Canada, the leading market in terms of admissions since the beginning of 2013, only 1.8 million admissions have been generated by French films, being the equivalent of one third of the admissions realized by The Artist in these territories. It's a bitter note for French cinema, which, in 2012, had been spared the decrease in audience numbers in the southern European markets and had managed to accompany the burgeoning markets of Asia and Latin America. In this context, French-language films represent 63% of the total volume of admissions of French films abroad, while majority French productions concentrate 70%.

Renoir continues its successful run in the United States and English-speaking Canada. After 9 weeks on screens, the film had registered $1.8 million in revenues by the end of May, being about 238,000 admissions and its best result to date in cinemas abroad. It's a very fine performance for Gilles Bourdos' film, which should easily reach $2 million during June, being a performance on par with such titles as The Chorus (Miramax – 255,000 admissions), and more recently, Rust and Bone (Sony Classics – 266,000 admissions). In North America, the film has drawn in almost 30,000 spectators in Quebec, a totally satisfactory score in the Quebec market that has been relatively dynamic in 2013 for French movies.
Still on German screens after 17 weeks, Renoir has currently been seen by 121,000 spectators, being the fourth best performance for a French film released in the territory in 2013, behind Rust and Bone (167,000 admissions), Fly Me to the Moon (206,000 admissions), and On the Other Side of the Tracks (275,000 admissions).
Renoir has accumulated 444,000 admissions abroad.

It Boy has not managed to find a perch in Italian cinemas. Despite a generous 125-print release, the film attracted only 50,000 spectators during its opening week. This weak average of 391 spectators per print resulted in a rapid reduction of prints, with only 14 still in circulation by the third week and a total of 65,000 admissions. Two years after the success in Italy of La Chance de ma vie, also starring Virginie Efira, which registered 213,000 admissions, It Boy has failed to mirror the score. Romantic comedies are not a genre often favored by the Italian public. During the past 5 years, only a few atypical titles have managed to register between 100,000 and 150,000 Italian admissions: Cherry on the Cake (137 000 admissions in 2012), Romantics Anonymous (126,000 admissions in 2011), and Heartbreaker (114,000 admissions in 2011).

Paulette maintains its very fine results at the Portuguese box office. Reaching second position at the local box office during its opening week, the film was still in fifth position by its sixth week. With a total of 63,000 admissions, Paulette has thus far achieved the best performance for a French film in this territory in 2013. This result is even more significant because the Portuguese market is currently under severe strees, with a decrease in admissions of 12% in 2012, which has continued since the beginning of 2013. In French-speaking territories, we note that Paulette has tallied 14,000 admissions in Quebec, and 9,000 admissions in French-speaking Switzerland. 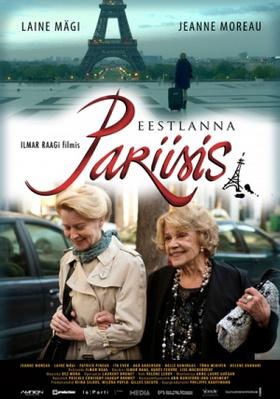 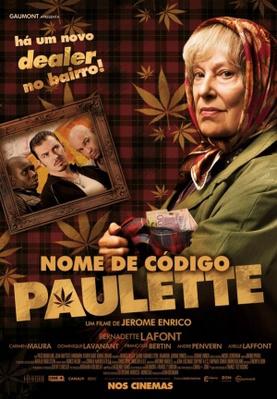 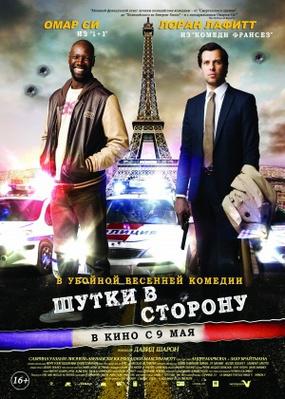 A Lady in Paris