During the month of September, The Intouchables, now in the final leg of its run, continued to drive admissions to French films abroad to high levels, bolstered by new exceptionally high results in Latin America and Japan.
French-language productions still account for over 80% of all admissions to French films outside France in 2012. However, the release of Taken 2 (credited with 777,000 admissions in September, but currently posting close to 30 million), an English-language film 100% financed by France that is expected to be a major hit, will alter this ratio, while allowing majority French productions to dominate this year's results since they will generate more than 90% of admissions.
As we head into October, the combined release of Taken 2 and Asterix and Obelix: God Save Britannia in the majority of international markets should pave the way for excellent results for French films abroad in 2012.

The Intouchables has taken Latin America by storm, bringing in spectacular results. It has proved a smash hit in Colombia, where it has registered 300,000 admissions and ranks as the most successful French film (in any language) ever monitored by uniFrance Films in this market. In Brazil, where previously only 4 French films shot in English had ever attracted more than 500,000 spectators, it has pulled in 653,000 admissions in 6 weeks, marking the best performance for a French-language film in this market since the early 1990s. It has also put in a fine performance in Mexico, tallying 545,000 admissions and ranking as the 3rd best score for a French-language film since the beginning of the decade. With 120,000 admissions registered in 8 weeks, Argentina stands out from other markets in the region. Released early August in Argentina and at the end of the month in other Latin American markets, the film has posted a stable run despite eventful opening weekends in Mexico and Brazil, gaining no observable influence or added enthusiasm from its neighbors.
The Intouchables has held tight in the top 10 at the Japanese box office for the past 5 weeks. With 637,000 tickets sold, it has now registered the 6th best performance for a French-language film in this market since the beginning of the decade. It is nonetheless difficult to predict whether or not it will top the million admissions mark by the end of its run, as was the case for Amelie and The Crimson Rivers.
Released in the UK at the end of the month, its distributor elected to limit the number of prints to 19 on its opening weekend. This strategy paid off, with the film registering over 18,000 admissions and posting the weekend's best per-print average, taking £5,754 per unit. After one full week on the screens, the film had attracted 83,000 spectators, with 153 prints in circulation. This is a good performance which is likely to improve in upcoming weeks thanks to a strong investment in publicity and positive word of mouth. The Intouchables has already broken the mould to some extent in the UK, a market in which French comedies often struggle for success. The only genre films to have achieved over 100,000 admissions since the beginning of the decade are Potiche (155,000 admissions), (146,000 admissions), and Heartbreaker (134,000 admissions). It is worth remembering that Welcome to the Sticks ended its British run with only 26,000 admissions to its credit. The Intouchables currently posts a running total of 25.4 million admissions in international theaters.

Taken 2 was released in South Korea one week before the rest of the world. Its opening results tripled those of the first episode, with 777,000 admissions registered in just 3 days. Back in 2008, Taken finished its run with 2.4 million admissions in South Korea, which was the film's 2nd best admissions outside France, after the USA, where it holds the record for the all-time highest admissions score for a French film (20.7 million tickets sold). The release of Taken 2 around the world between October 3 and 12 should make a strong impact on results for French films abroad in 2012. Until now, attendance to French films has been dominated by French-language productions, which have generated over 80% of all international admissions. Taken 2 could well outscore its predecessor, which registered 31.8 million admissions abroad and currently stands as the most successful French film shot in English in foreign theaters since 2000.

What's in a Name continues its run in European territories, where it has recorded a series of triumphant scores. After winning over audiences in French-speaking nations, taking 178,000 admissions in Belgium and 65,000 in French-speaking Switzerland, the film has now made a name for itself in major neighboring markets, such as Germany and Spain, where it has registered 92,000 and 63,000 admissions, respectively.
Now at the end of its 13th week in Italy, the film totals 144,000 admissions, ranking as the 3rd best performance for a French film released in 2012, behind The Intouchables (2.5 million admissions) and the minority French film Tinker Tailor Soldier Spy (457,000 admissions). Since the beginning of 2012, the Italian market has suffered an overall decline in movie attendance. 30 French films have hit Italian screens in 2012, against 38 in 2011in the same period. Nonetheless, 9 of these titles achieved over 100,000 admissions, including The Intouchables, which is credited with 2.5 million admissions and ranks at the 3rd most successful film of the year in Italy. Italian audiences continue to stand out by their eclectic tastes, with several French auteur films released in 2012 achieving their best scores in Italy, such as Chicken with Plums (78,000 admissions), (56,000), All Our Desires (49,000), 17 Girls (33,000), and Declaration of War (31,000 admissions). 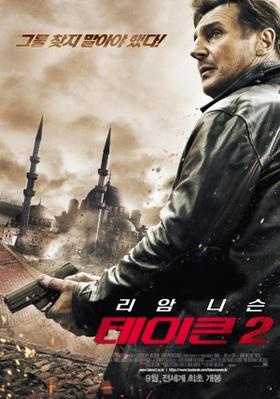 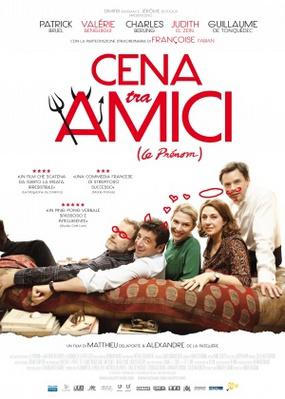 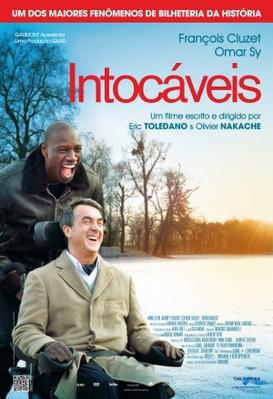