Clermont-Ferrand: A market open to all short films

An event dedicated to facilitating meetings and dialogue, the Clermont-Ferrand International Short Film Market has stamped itself as a cosmopolitan event bringing together 3,000 accredited guests from diverse backgrounds.

A loyal supporter of this key event for short film industry professionals, Unifrance put in a strong presence at this year's festival. Its market booth represented the main French distributors of short films: Premium Films, the Cable TV Division of the Agence du Court-Métrage, and La Luna Productions.
Numerous meetings were held with directors and producers keen to show their work, as well as with foreign festival directors who are partners of Unifrance and potential partners of future projects.
During a cocktail party held in their honor in the presence of Unifrance president Antoine de Clermont-Tonnerre, around 100 industry professionals were able to meet with the majority of French filmmakers selected at this year's festival.

Market Participants: This year, Croatia, Malaysia, Brazil, and Chile joined the event for the first time. By their participation, these countries express their interest in being more active in the industry, in seeing in order to be seen, and in raising the profile of their country's productions, which can be difficult to export due to a lack of resources. They also showed an interest in building contacts to develop long-term projects.

China also participated at the event for the first time, with the presence of representatives from the brand new International Kingbonn Festival in Shenzhen, whose secretary Sun Jian Chun confirmed that it is the only short film festival recognized by the Chinese government. Thanks to this recognition, the festival can develop its links with the West and build a network of contacts that will allow it to extend the number of participating countries, currently standing at 26.

Buyers at the Market: Thanks to Unifrance support, Argentina was also present in the world short film capital. Won over by the event, Vanina Spadoni, acquisitions director at Turner International Argentina (a private network that broadcasts programs across Latin America) discovered a host of films of interest to her network. 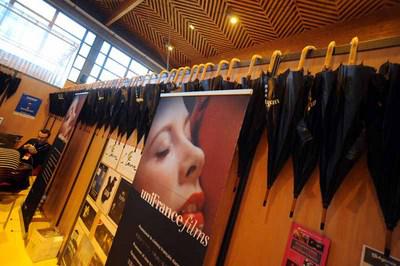