Two Days in Paris, and around the world...

The film has found buyers in 78 territories, with initial results living up to distributors’ expectations. Two Days in Paris by Julie Delpy boasts a promising debut in the  USA  after hitting theaters on the August 10 weekend, posting $175,000 in receipts from 10 theaters.
Its American distributor,  Samuel Goldwyn Films , has every reason to be satisfied with the release of this film by a French actress, who was nominated at the 2005 Academy Awards for the screenplay of Before Sunset.
The film was also released the same weekend in  Spain  by  Golem Distribución , where it raked in $140,000 on 38 prints.

In  Germany , one of the film’s co-production territories, it was released by  3L Filmverleih  on 63
prints. It looks set to finish its run with around 250,000 admissions, upstaging current French attendance figures (170,000 admissions for 95 prints after one month on the screens).

Between now and the end of August, the film by the Julie Delpy-Adam Goldberg duo will have also won the hearts of moviegoers in  Singapore , Canada, and  United Kingdom. 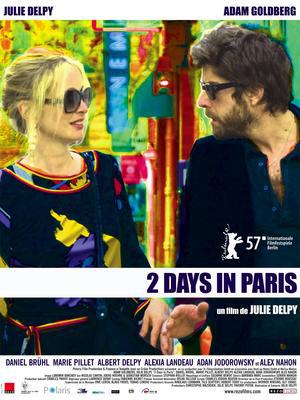