For the 9th year running, Unifrance will welcome 350 foreign distributors and 120 foreign journalists from January 12 through 15, 2007, at the Grand Hôtel in Paris. 23 countries will be participating in the event, with professionals from Lebanon and Bulgaria present for the first time this year.

With a growing reputation as a major industry event, the Rendez-Vous With French Cinema allow French filmmakers and actors to meet with European journalists and to present films slated for upcoming release in the journalists’ respective countries. They are also an opportunity for European distributors to view French feature films at the Film Market held in parallel with the media interviews and to meet with French film sales agents.
In an additional feature this year, Unifrance will also offer foreign journalists the chance to attend film shoots in Paris.

Régis Wargnier’s latest film, "Have Mercy on Us All," will be screened at a gala evening scheduled for January 12. A soirée will be held on January 15 to celebrate the closing of this event dedicated to French cinema.

Stay tuned for the complete program for the Rendez-Vous With French Cinema. A press conference is already scheduled for Friday, January 12, at 12.00 p.m. at the Grand Hôtel. 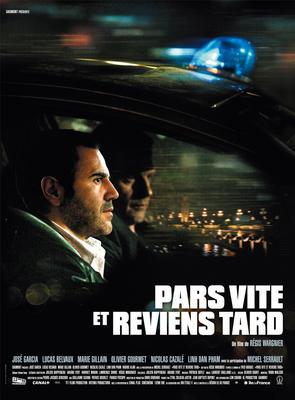 Have Mercy on Us All