"The Crimson Rivers" has finally brought its excellent career to an end, boasting 72,080 admissions and around S$490,000 in box office receipts (slightly over FFr2 million). These fine results rank the film as the all-time best performer in French cinema history in Singapore's exhibition market and bears witness to "The Crimson Rivers'" extraordinary career in the region.

"Taxi 2" has ended its commercial run with close to 24,500 admissions to its credit and $170,000 in the till (equivalent to around FFr700,000). These are excellent results for French films in this region, especially French-language films, which have achieved high exposure despite the limited number of movie theaters operating in this small country.

The distributor Cathay will follow up with "Sade", slated for a June release, and "Brotherhood of the Wolf" and "Yamazaki" in the fall. The release of these three films and their ambitious promotional campaigns prove the commitment shown by Cathay in 2000 to give increased support for French films. It shows the significant efforts made by this distributor in a highly competitive theatrical market, with only relatively limited commercial potential for films. 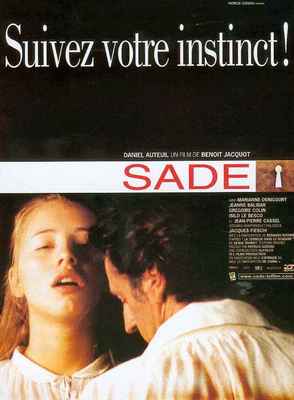