"Becoming Al Pacino": an intimate portrait of a cinema legend

From The Godfather trilogy to Scarface, no need to introduce Al Pacino. Through archives alone, this documentary transports us to the Bronx in the 70s, at the beginning of the actor's career. Saved from his demons by his passion for theater, the film focuses on the genesis of this international career. Valérie Abita, producer, and Charlotte Tachet, director of sales and acquisitions at ZED, tell us how the project came about and what the plans are to continue its international career.

Unifrance: How did you come up with the idea of this portrait of Al Pacino? Can you tell us about the genesis of the project? 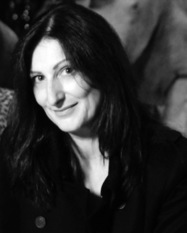 Valérie AbitaValérie Abita: After having produced the 52-minute portrait of the excellent Peter Falk (Peter Falk versus Colombo, 2018) I wished to continue the collaboration started for ARTE's "Documania" slot, which offers biopics of great actors, actresses, and directors. As a lifelong film lover, I pondered those who hold a place in my "cinematographic pantheon." The first face and the first name that came to mind were those of Al Pacino. From my memory as a teenager, I remembered this dark-haired actor, attractive—but not in a hunky or foppish way. I also recalled his outstanding roles in films that were equally so, The Godfather trilogy (F. F. Coppola 1972, 1974,1990) of course, but also Serpico (S. Lumet 1973), Dog Day Afternoon (S. Lumet,1975), Panic in Needle Park (J. Schatzberg, 1971), and Scarface (B. de Palma, 1983).

I called upon Jean-Baptiste Pérétié to discuss this idea. I had really appreciated the elegance and the style of the films he had made about Buster Keaton and John Wayne. I knew that Jean-Baptiste was also a movie buff. He seemed to me the ideal director to take on a film about Pacino. And what a surprise it was to learn that Jean-Baptiste also had a true, passionate, and erudite admiration for the great Al.

You chose a precise angle, centered on ten to fifteen years of his career. Why this particular period?

VA: This excellent idea came from the director: rather than wanting to be an exhaustive portrait of Pacino's career, which has traversed more than fifty years of cinema, the film instead proposes to focus on the first ten to fifteen years, the foundational years which witnessed his meteoric rise.

A true anatomy of an actor, the film shows us why and how, during this decade, this Italian-American from the Bronx became one of the most respected and influential figures in world cinema. This was the period in which he affirmed his acting skills, and in which he was involved in independent films that marked the advent of what would later be called "The New Hollywood". It is these outstanding roles, where Pacino does not act but becomes his characters, which would characterize this legendary actor throughout his career.

What new light does Becoming Al Pacino bring to bear?

VA: This film is, one could say, an intimate portrait of the actor. Moreover, on several occasions, it is Al Pacino's own voice which comments on these moments of cinema, those during which he doubts, those where he expresses his enthusiasm, his commitment for strong roles. The film shows a very endearing man who, on several occasions, moves away from the movie studio lights to heal his soul. Pacino is an actor of fictions who is in touch with reality in most of his early films. There is an organic link between the actor who comes from the Bronx and this New York of the 70s which inspired a large part of the roles he accepted during this decade. These are all elements that inspired the film's title.

Al Pacino is also passionate about theater, and you wanted to emphasize the importance of this passion which he cherishes.

VA: Theater is what led the actor to cinema. This deep passion led him to the Actor's Studio. It was his love of the theater, of Shakespeare's texts in particular, that revealed his vocation. The film opens with his beginnings in the small theaters of the off-Broadway scene, and ends with the documentary he directed himself, Looking for Richard, a true ode to Shakespearean theater.

How was the project team put together? Can you tell us about the artistic team, the partners?

VA: Jean-Baptiste Pérétié gathered a talented team around him: Alex Cardon, in the editing department, knew how to give all the fluidity and elegance to this film essentially composed of archival footage. Stéphane Lopez's music was astutely inspired by the American music of the 70s. The graphic design also brought a plus to the film, especially the opening credits. Finally, we called upon the excellent documentalist Valérie Combard.

Why did you choose to only use archival material? What were the challenges or difficulties of collecting this material?

VA: It is indeed a strong stance to take. To tell the truth, this project was developed during the lockdown period due to Covid in 2020. We were uncertain whether it would be possible to travel to carry out interviews and shoot footage in actual settings. This constraint finally led us to this decision. On the other hand, the approach of showing how Pacino was connected to his city required the use of contextual archives from those years. And what archives! The archival material-only approach also allowed us to give the film a visual unity. Finally, Al Pacino is a very reserved personality, who has given very few interviews throughout his career, there are very few biographies, and we had no hope of getting an interview with him.

Which channels were partners in the financing of the Al Pacino project? What is your strategy for the distribution of the film, in France but also internationally? 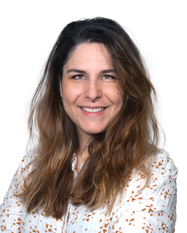 Charlotte TachetCharlotte Tachet: As Al Pacino is a world-renowned actor who reaches a large audience, we were able to count on the support of many broadcasting partners such as SKY ARTS in New Zealand and FOX DOCOS in Australia/New Zealand, as well as NTR in the Netherlands, Ciné+ in France, Ceska TV and RTVE in Spain, and finally Planète+ Poland. We are not only targeting specialty channels but also public broadcasters and platforms. We have several leads in Asia at the moment, we are pursuing the distribution of the film in Europe, and are looking for a broadcaster in the United States.

Do you have future projects in the works?

VA: I am working, also for ARTE, on a portrait of the sublime Charlotte Rampling. The film is in pre-production.