In this turbulent start to 2022, Unifrance is delighted to be able to confirm that our Rendez-Vous in Paris event will be maintained, in a pared-down format strictly tailored to the current health situation and, of course, subject to any decisions that may be announced by the French government in the lead-up to the opening of the event on January 11.

In this way, Unifrance accompanies its members, along with foreign buyers, in their determination to start the year with a key professional event, which is, in addition, expanded this year to include television productions. Participants at the event will notably have access to the presentation of works and content lineups, as well as pitch sessions, held in optimum screening conditions in theaters.

It is therefore very important to us to preserve a space for meetings and discussions between industry professionals, which is essential for maintaining the vitality of our sectors—no doubt more so than never during this time of uncertainty that we are currently experiencing. We will do our utmost to ensure that our guests, our members, and our staff will be provided with maximum health and safety protection and will feel secure at all times. For this reason, as previously announced, no receptions will be held. In addition, the programmed events—screenings, pitch sessions, and markets—will be held in strict compliance with health protocols that we will put in place.

For information, the film and television markets will be held, respectively, from January 11 to 13 and from January 13 to 16, at the Hôtel du Collectionneur in Paris. Over 120 television buyers and 320 film distributors are expected to attend the event. The opening film, Simone: The Journey of the Century by Olivier Dahan, will be screened on January 13 at the cinema Le Balzac in the presence of the film's creative crew members.

88 films, including 55 titles that have not been screened before, will be presented to European distributors at four cinemas on the Champs-Élysées, over four days. For the television sector, pitch sessions and screenings of new, previously unseen programs (fictions, documentaries, animations, live performance programs) will be proposed to buyers at the Club de l’Étoile, in rue Troyon.

On Tuesday, January 11, 2022, the second edition of our Export Day will be hosted at the Théâtre Marigny. With the focus this year placed on Europe—the leading export market and leading coproduction partner for French films and TV programs—this one-day event will bring together over 30 French and international industry figures (including producers, sales agents, actors, directors, festival directors, foreign distributors, broadcasters, and representatives from institutional bodies) to reappraise and champion the soft power approach and the sovereignty of French cinema and television productions.

Finally, meetings between French artists and foreign media representatives will be held online from January 14 through 17, 2022, following the organizational model that proved highly successful last year. UniFrance will thus bring together in Paris around 100 French artists (directors and actors) from as many French productions that are scheduled for release around the world in 2022, who will participate remotely to meet with over 120 accredited international journalists over four days of interviews held via videoconference. For the first time, television programs will also benefit from this operation. 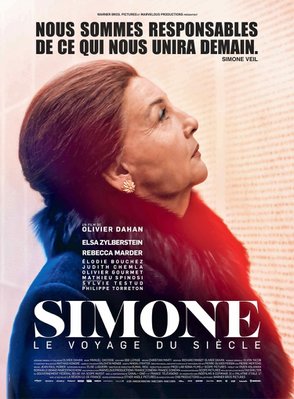