In this collection of interviews "Keeping in Touch," French film artists, then in lockdown due to COVID-19, answer the questions of international journalists for whom French cinema remains a far-reaching voice and vision.
For this interview, UniFrance has put actress Fanny Ardant in touch with the German journalist Patrick Heidmann (Frankfurter Allgemeine Zeitung) for a discussion about seeing films in general, and going to the movies in particular. 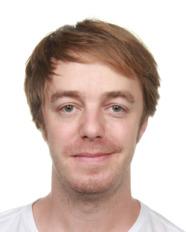 Patrick Heidmann - Allemagne Patrick Heidmann : Madame Ardant, thank you for taking the time to call me here in Germany...
Fanny Ardant : You’re welcome. Obviously, I have a lot of time at the moment (laughter).

A lot of us do. Do you miss being able to go to the cinema these days?
Very much.  Because watching a film on DVD or the internet, that’s not at all the same. I’m living in the 5th arrondissement here in Paris and have a lot of  ciné-clubs in my neighborhood where I can see movies from all around the world. I watch Turkish movies, Korean movies, everything. And because I don’t read reviews in the papers, I never really know what I am going to see. Going to the cinema ist like eating spaghetti for me.  I have loved spaghetti since I was a child, and I love the cinema since I was a child.

How often do you go, in normal time?
At least twice a week.

On your own or with friends?
I prefer to go alone. Because I have this strange thing that I don’t like it when other people love something and I don’t. I don’t mind it the other way around: when I love a film and others hate it, that’s okay. But when I come out of the cinema and hate the movie I saw, but someone thinks it’s fantastic, I want to kill him (laughter). So I rather go alone, especially during the day, when all the reasonable people are working. That always feels like a forbidden pleasure.

What do you prefer, old films or new ones? Any particular genres or directors?
No, I watch everything. Maybe not so much the recent big movies from Hollywoods. But I very much love the great auteurs of American cinema. And I’m not snob. I can watch a silly comedy or a dark thriller the same way I watch an intellectual drama.

Since you say that you’ve loved the cinema since you where young: how did you fall in love with movies as a girl?
We did not have a television at home, and usually, my parents took me mostly to the opera or to concerts. But one day, my mother brought me to see a movie, Jacques-Yves Cousteau’s “Le monde du silence”. And suddenly I discovered the power of pictures.

In your last film „La belle époque“, you played a woman who loved modern technologies, her iPhone, iPad etc. Would you ever watch a film on your telephone?
Even if I wanted to, I couldn’t, because I still have an old Blackberry (laughter). Now, when I’m at home, I watch films on my television, just a regular one, no exceptional screen. And when I’m traveling, I watch DVDs on my laptop. Which is not to bad, because at least you’re really close to the screen and nothing distracts you. But with a computer, you have to look down to watch a film, while in the cinema, you look up and have to lift your head. That’s better (laughter).

So let’s hope that we can all go back to the cinema very soon…
Oh yes, I cannot wait to this dark room. And now that we will have to keep a certain distance, at least we know that nobody will be sitting in front of us (laughter).

The full interview is available in Frankfurter Allgemeine Zeitung (FAZ). 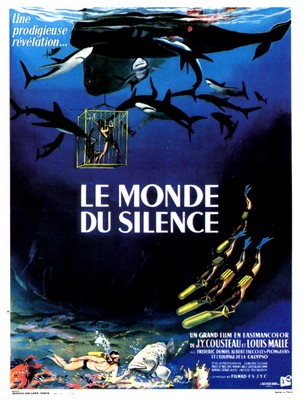