In this collection of interviews "Keeping in Touch," French filmmakers and actors currently in lockdown due to COVID-19 answer the questions of international journalists for whom French cinema remains a far-reaching voice and vision.
UniFrance has put actress Ariane Ascaride in touch with the Belgian journalist Fabienne Bradfer (Le Soir). 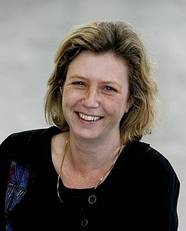 Fabienne Bradfer - Belgium Fabienne Bradfer: Ariane Ascaride, how have you been spending your time during the lockdown period?
Ariane Ascaride: In a diverse and varied way. I find it very hard to read except when it's for work. I'm hence very glad that I'm forced to. Initially, I spent my time like everyone else by watching films, but after a while it all became repetitive. Movies have to be really, really good for me to manage to watch them. Right now I'm seeing a lot of Vincente Minnelli movies and that helps me. I'm also writing. I decided to write to my father who died over twenty years ago. I tell him about this situation we all now find ourselves in. It makes me feel better. This idea came about after France Inter asked me to write a letter. I wrote it in one go. As I received a lot of feedback, I said to myself that maybe I should write letters and my father then came to mind. Maybe when I was a child and I was scared and confused, my rather strange father was a good listener.

Your letter addressed to a "good-looking guy" and read on France Inter radio station is beautiful! But we sense feelings of guilt... And yet you are committed, always connected to the reality of the world...
Thank you! Most of all, this letter is sincere. When Augustin Trapenard asked me to do something, it was at the very beginning of the lockdown. An hour later, I went out shopping and I was terrified. All I did was write down what I saw, what I experienced, what I felt. I do the same thing with my father. It's true, I feel guilty for not having been persuasive enough to stir others to come with me and to be able to help all the people who live in the world where I was born. Not persuasive enough to say to them, "Look around you, look at who you pass in the streets, look at the differences. Not everybody lives, eats, dresses, sleeps the same way as you." I didn't manage to do it. I make use of my mea culpa to get everyone to think about "what have we done?" because everything is so unjust.

Did you have any film projects underway?
No. I acted in Maxime Roy's film, The Heroics, which was presented to the Cannes selection committee. I loved this shoot. I participated in the series Possessions, by Thomas Vincent, which will be on Canal+ in September.

From April 3 through May 31, you were supposed to perform in Le Dernier Jour du jeûne, by Simon Abkarian, at the Théâtre de Paris. Everything came to a stop! What was that experience like?
It was awful, because it's a show that I totally stand up for. I love Abkarian's writing and I love this group of actors who have committed to this writing and who defend it tooth and nail. It's extremely frustrating not to be able to perform. There's talk of a revival in September, but will it be possible? When will there be an audience in the theater who we can play to? And how will theaters operate? An actor exists through acting, through this exchange with the audience. But everything has came to a halt! It's gut-wrenching. And I'm one of the privileged. I know many actors and actresses in a dire situation. Culture barely gets a mention in the discourse around the economic measures relating to this health emergency. But we can't live without culture! Yes, at the moment, we can rethink things... but creation is something that moves forward. And right now, there's nothing left!

How do you see the post-coronavirus world from a cultural point of view?
It's going to be very tough generally... There are going to be many deaths! Symbolic deaths... It'll be like a battlefield. It will be terrible. After a crisis, there are always unimaginable forces around to recount and narrate things. But money, organizations, and infrastructure will be needed. It's going to be complicated because for the government, culture isn't at the forefront. Once again, people in the entertainment industry will give their all and make unimaginable sacrifices. We're going to perform because we want to perform, because we have to perform, otherwise we don't exist.
At the beginning of the lockdown, I thought what we're going through would change people. Now I'm not so sure.

Which film from your filmography should people see or see again right now?
The Town is Quiet, Snows of Kilimanjaro. And Marius et Jeannette for desert.

The easing of lockdown is synonymous with what for you?
Strolling around Paris. Getting drunk as one does at a baptism, a wedding, or sometimes at a funeral, because these are symbolic times. It's not for nothing that I say this! And above all, to see my children in the flesh. I am over all this virtual sharing! I've realized how quickly virtual life exhausts me. That's why I still need the theater. I can't stand seeing flat people! I want them in 3,10, 25 dimensions! I need the living, embodiment, flesh. 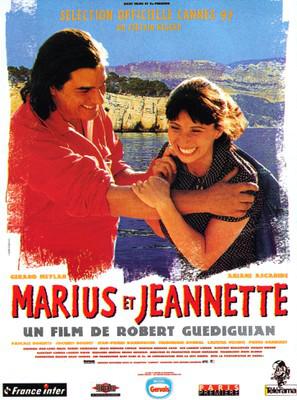 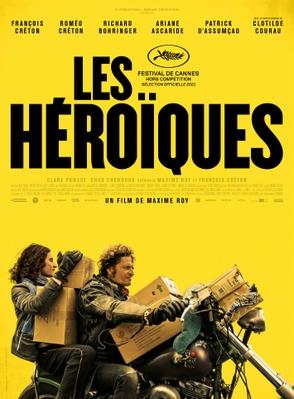