For the second consecutive year, UniFrance supports Dakar Court and will participate from December 9 through 14 in its second edition in the Senegalese capital. It is within this context that the 3rd Rencontres du Cinéma Francophone will take place.

As was the case for two films selected and awarded during the last Cannes Film Festival (Atlantics: A Ghost Love Story and Les Misérables, moreover presented in Dakar during the film week), short films often act as a laboratory allowing for a feature to bloom. It is within this perspective that Cinemarekk and the Institut Français of Dakar joined forces in 2018 to create the Dakar Court festival. The first edition allowed a young generation of Senegalese filmmakers to be identified and to bring together around them thirty cinema professionals. But an event's second edition is often a tricky affair and hence UniFrance will once again support this fine initiative and will organize within this context the 3rd Rencontres du Cinéma Francophone in Africa.

In terms of guests, Euzhan Palcy will direct the Dakar Court jury and will give a master class, and Edouard Montoute will present his short My Lady of the Camellia.

Ladj Ly will present Les Misérables, accompanied by Djebril Zonga (December 12), and will also give a master class, as will Mati Diop. The documentary Cinéma d'Afrique (1983) by Férid Boughedir will also be shown.

These Rencontres, which also receive support from the AFD (Agence Française de Développement) and Fondation ENGIE, will be expressed in two programs of short films curated by Unifrance, one French and one featuring French-language films, and will host three round tables.

As an extension of the encounter between Senegal's Minister of Culture, Abdoulaye Diop, and the president of UniFrance, Serge Toubiana, during the Cannes Film Festival 2019, this round table will assess the different strategies of French exhibitors (Pathé-Gaumont, CanalOlympia, Ciné-Atlas) in Africa. It will also be an opportunity to bring together several members of the REDA (Réseau des exploitants et distributeurs en Afrique - Network of Exhibitors and Distributors in Africa).

Where are French and French-language short films shown? Besides dedicated festivals, what outlets are there for works by emerging African filmmakers? This round table will try to answer these two questions by drawing on the experiences of African exhibitors, distributors, and television programmers, as well as from guest directors.

Producer Éric Névé passed away suddenly on July 21, 2019. This round table in the form of a homage will bring together several French and African producers and cinema professionals who had the opportunity of working with him. It will also explore the question, central to Éric Névé's concerns, of the cinema industry and the need to develop it in Africa. 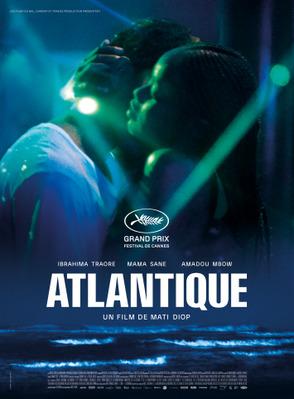 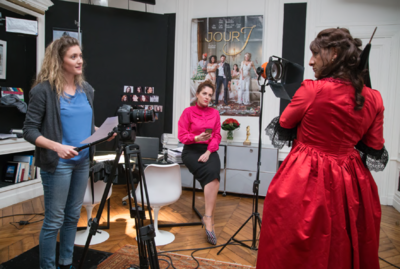 My Lady of the Camellia