To coincide with the theatrical release of Hubert Charuel 's debut feature Bloody Milk, UniFrance offers you the chance to watch the director's short film K-Nada free of charge for one month.

First presented at Critics' Week at this year's Cannes Film Festival, Bloody Milk is currently enjoying considerable success in theaters. It also won an award at the Angoulême French-Language Film Festival in the summer and is continuing to be shown at international film festivals. It is due for release in a number of foreign markets, including Belgium and Italy.

After graduating from La Fémis Film School in 2011, in the film production section, Hubert Charuel already has a number of films under his belt. He has directed several productions, including the short film K-Nada in 2014, which we are presenting to you today: a bittersweet comedy that paints a touching portrait of Greg and Valentin, two brothers who are total opposites who set out together on a pitiful journey to the Netherlands.

You can watch K-Nada free of charge until October 18, 2017, by clicking here.

With thanks to Films Velvet 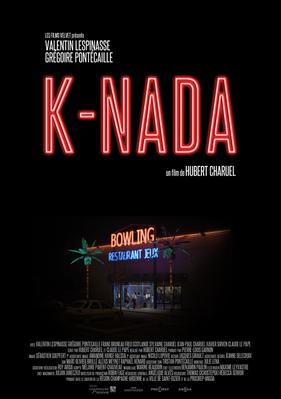 Recent filmography : Other People's Children, The Worst Ones, A French Revolution, ...