The wacky duo – whose Lost in Paris is currently releasing here and there around the world – strapped on some water skis for the crazy trailer of the 13th Helvetia French Film Festival, directed by Sébastien Kühne.

The Helvetia French Film Festival presents its 13th edition in the cities of Bienne and Bern, from September 13 through 17, with this memorable trailer featuring Dominique Abel and Fiona Gordon.
The festival's five days will as usual be dedicated to French and French-language cinema, with the presentation of sixty short and feature films, among which many international premieres, such as  Gauguin, See You Up There, 12 Days, Montparnasse Bienvenüe, to mention just a few.

The festival, in partnership with Swiss distributors and UniFrance, will ensure that the artists of French cinema will travel to the event in order to accompany their films. Among the artists scheduled to appear, Sara Giraudeau and Swann Arlaud will come to present Bloody Milk, Léonor Serraille and Laetitia Dosch will talk about Jeune Femme, and Laurent Cantet will meet the audience on the occasion of the screening of The Workshop.

For your enjoyment, you can rediscover Patrick Bruel in the 2015 trailer, and Ariane Ascaride in that of the 2016 edition. 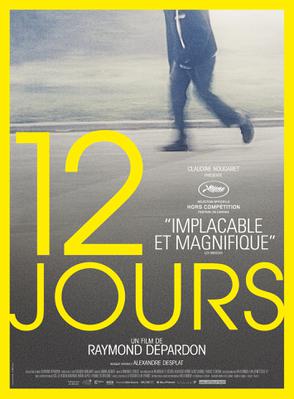