The Palme d'Or goes to Jacques Audiard, and France tops the honor's list

Dheepan earned the director his first Palme d'Or, while the other main awards also went to French titles.

It has been an historic year for France at the Cannes International Film Festival.

After being selected for Official Competition in 1996 with A Self Made Hero (1996, Best Screenplay), A Prophet (2009, Grand Prix), and Rust & Bone (2012), Jacques Audiard returned this year with Dheepan, a social thriller about a Sri Lankan refugee and his fake family who arrive in the projects on the outskirts of Paris. The film won the Palme d'Or, following in the footsteps of the French coproduction Winter Sleep by Nuri Bilge Ceylan (2014), Blue is the Warmest Color by Abdellatif Kechiche (2013), and Love by Michael Haneke (2012). Dheepan has already sold to the four corners of the globe, including the United States, and has earned distributor Sundance Selects its fourth Palme d'Or in ten years.

Vincent Lindon was awarded Best Actor for his performance in The Measure of a Man by Stéphane Brizé, while Best Actress went to Emmanuelle Bercot for Mon roi by Maïwenn, an award she shared with Rooney Mara for her performance in Carol.

Last but not least, director Agnès Varda was awarded an honorary Palme d'Or during the Closing Ceremony of the 68th edition of the Cannes International Film Festival. 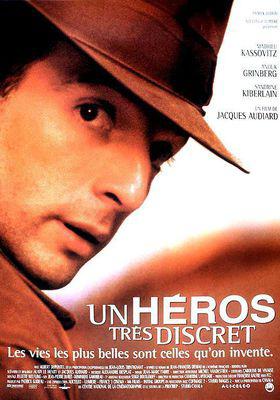 A Self Made Hero