Spotlight on Michel Gondry: Come behind the scenes on his latest film Is the Man Who Is Tall Happy? An Animated Conversation with Noam Chomsky!

In 2013, while production was in full swing in Hollywood for his film The Green Hornet, Michel Gondry kicked off the making of the documentary Is the Man Who Is Tall Happy? An Animated Conversation with Noam Chomsky. This hybrid filmmaking venture, part-documentary and part-animated film, melds the science of language with the poetry of images.

Following a solitary and meticulous creative process, Michel Gondry uses images to illustrate a long discussion he held with the American philosopher and linguist Noam Chomsky. Through his drawings, he loosely transcribes Chomsky's ideas and theoretical approach, as well as his private life. This is the meeting of two worlds—that of the inventor-filmmaker and that of the socially committed researcher, the result of which is a highly unusual and inspiring piece of filmmaking.

To find out all about the animation techniques employed by Michel Gondry for this film, check out the MAKING OF! 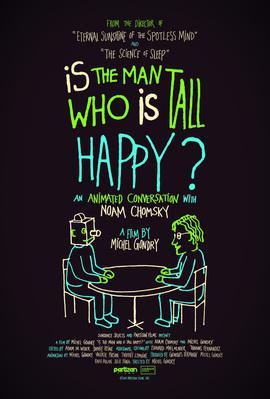