Report on the 2nd Franco-Chinese Film Meetings in Beijing

Fresh impetus for movie industry cooperation between France and China.

For the second year running, a delegation of French movie industry professionals traveled to Beijing, from December 11 through 14, 2014. The delegation met with their Chinese counterparts as part of an initiative organized by UniFrance Films and the French Embassy in China, with support from the CNC (Centre national du cinéma et de l’image animée), aimed at strengthening dialogue between the two countries and developing greater mutual understanding between their markets.

These meetings, which attracted over 200 Chinese industry professionals, brought together the following Chinese participants:

The French delegation was composed of the following French professionals:


These meetings gave participants the chance to discuss ways in which to strengthen ties between France and China through encouraging co-productions and improving the distribution of each country's national productions across all distribution channels (including theaters, television, and VOD platforms). These discussions highlighted the importance of promoting the diversity of supply in film product as a means of creating and building loyal and sizeable audiences, as expressed notably by the French Ambassador in China, Maurice Gourdault-Montagne.

The French professionals once again expressed their wish for an increase in the number of French films distributed in China, a request that was also recently emphasized by France in a statement by the French President and the Minister of Foreign Affairs and International Development during discussions entitled the "High-level dialogue on human interactions." Adding to the partnerships initiated in 2014 with independent movie theaters and VOD platforms, such as iQIYI and Youku Tudou (which hosts myFrenchFillmFestival.com—the worldwide online French film festival organized by UniFrance Films—in China), new proposals were made to create joint high-level training programs for producers, distributors, and exhibitors.

The opportunities and the stakes involved are high, both in artistic and economic terms. It is worth noting that French films achieved record attendance levels last year in China, with over 5 million admissions registered, as a result of which China ranked for the first time as French cinema's second biggest export market in terms of spectator numbers. French films are the second most popular foreign films on Chinese screens, after the United States. Moreover, 2014 promises to register a spectacular rise in attendance figures, thanks to the success of titles such as Lucy and The Family by Luc Besson, Beauty and the Beast by Christophe Gans, and Minuscule: Valley of the Lost Ants by Thomas Szabo and Hélène Giraud. A total of 8 French productions hit the screens in China in 2014, against 6 last year, and, according to current estimates, admissions figures could well reach 17 million by the end of 2014.

China now stands out as the world's second biggest theatrical market after the USA (€2.6 billion in box office revenues), after showing a rise of 27% in 2013, and in upcoming years may become the world's leading market. It may be recalled that just under 14 movie theaters open each day in China, with a total of 23,000 screens estimated as operating by the end of 2014. 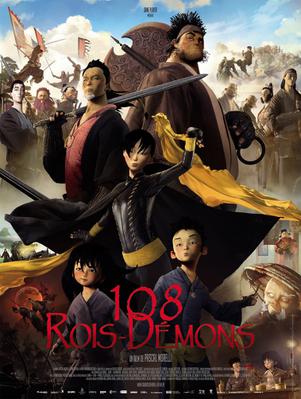 Recent filmography : , I Wish Someone Were Waiting For Me Somewhere, My Out-Laws, ...

Recent filmography : Memoria, Portrait of a Lady on Fire, , ...