When hens lived in Versailles.

It started out as an end-of-studies project for 5 students of the Supinfocom Arles animation film school. One year later, this ironic look at an afternoon in the court of Versailles during Louix XIV's reign has won many awards, including the prestigious Best in Show Award at ACM Siggraph 2013.

This animation jewel will make you see Versailles in a whole new light.

To learn more, check out the interview with Morrigane Boyer and Ren-Hsien Hsu, along with the trailer forÀ la françaiseÀ la française. 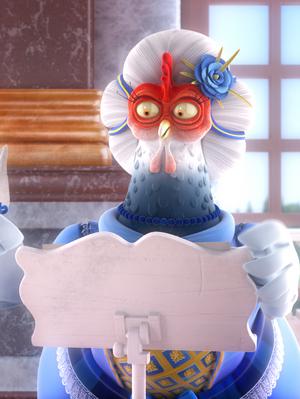